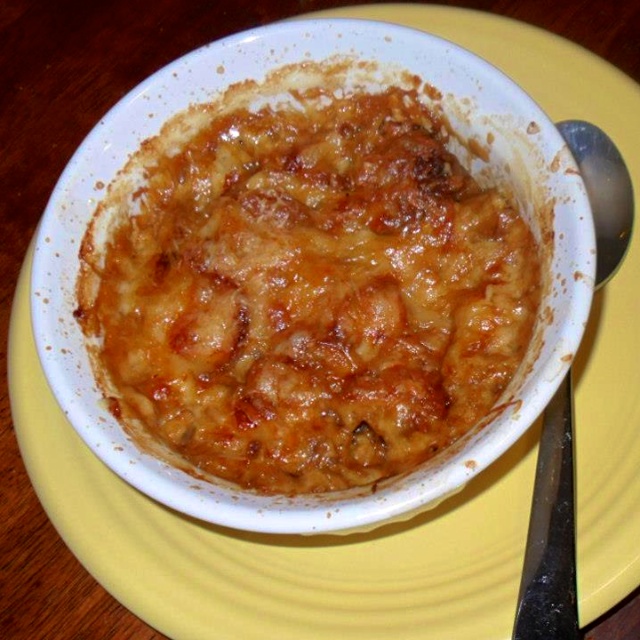 Since we had such success with Jaques Pepin’s Garlic Soup, M and I decided to try his Onion Soup Gratinee Lyonnaise. He gives a fantastic tip on his site that we did not follow and should have: For an onion soup not to collapse, the bowl has to be filled to the rim with stock and bread. The cheese layer should cover the whole surface, so it sticks to the side and forms a crust that holds its shape and doesn’t sink. We spread ours out a bit between too many ramekins and you can see the sinkage. We used the 1 1/2-quart oval dish and two 16-ounce round dishes from our CorningWare® French White® 14-Piece Bakeware Set. We probably should have just used the 2 round dishes and maybe the smaller ramekins. The onions were still sauteed and then cooked in the broth to perfection and the taste was incredible. And I have to say, baguette croutons are just as delicious as they sound.

Monsieur is kind enough to provide a “How to Chop an Onion” tutorial, very handy to cut down on crying time.

And I’m done with the soup puns. 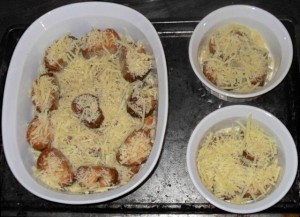 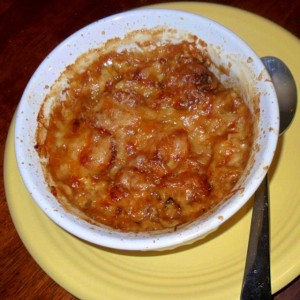 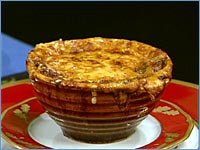