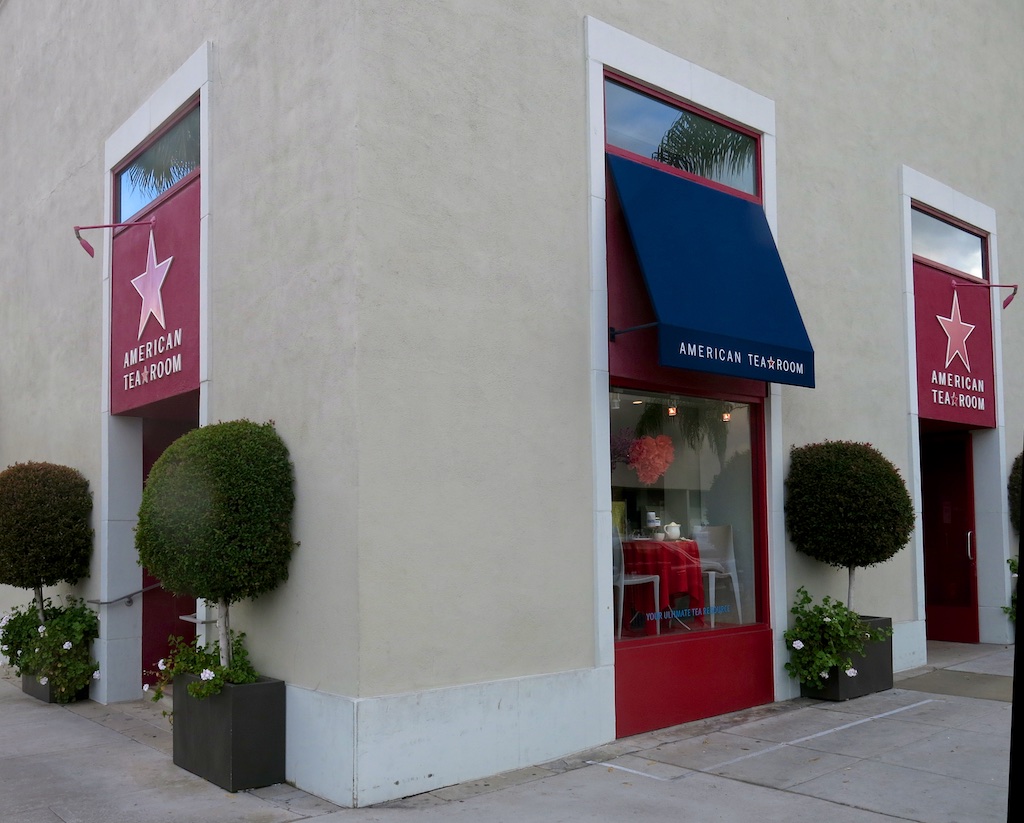 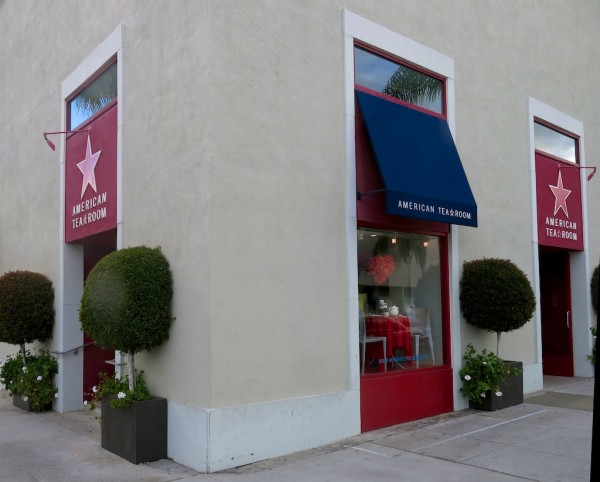 T has been a major fan of tea for a long time. So when I was working in London last summer, I brought back some tea for her as a souvenir. I figured if anyone is gonna do tea right, it’s the British. The day I gave her the gift, she opened them up and we were passing them around and smelling each of the teas. Their Earl Grey made me almost lose my mind. The tea and bergamot combination was “maddening” in the most positive way I can use that word. Every time I smell it, I swear it short circuits my brain and puts me in a sensory trance. Its hard to explain but its awesome.

Now, historically I have never understood tea. I am a long time coffee drinker and any tea I have ever tried pretty much tasted like dirty water to me; or at best water with a hint of plant matter. Of course these were your average boxed tea bags from the grocery store, not premium teas by any means. Anyway, as I am getting older I have been trying to diversify my palate and incorporate things I have never liked or never understood before. Tea has long been on that list and with the sensory overload that smelling this tea gave me, the time seemed as good a time as any to begin my introduction. Of course my gift was in finite quantity, but I did try a cup of the Tea Palace Earl Grey, and it was the first time the flavors made way more sense to me. I actually sort of enjoyed it. I was certainly left wanting to continue trying different kinds of teas, but short of shipping it in from the UK we needed to find a local source. This is one of the biggest cities in the world, surely there are fine tea places. 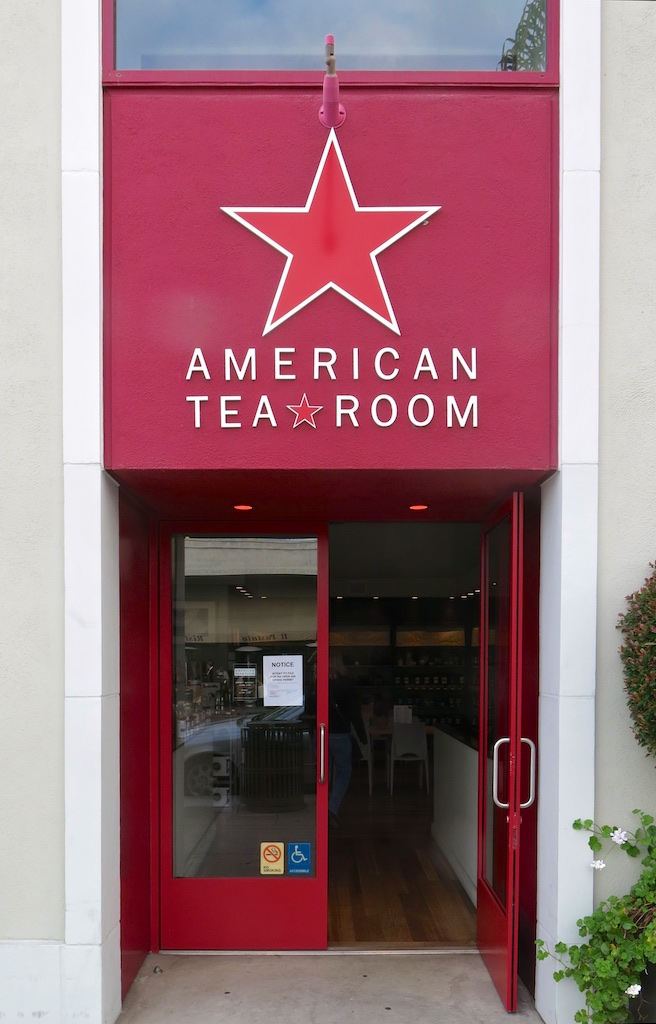 So T went looking around online and found the American Tea Room in Beverly Hills. Its been around since 2003 and you can’t get fancier than Beverly Hills as a location so we figure the quality must be there. Digging a little more into their history we also found out that under a previous name they made Oprah’s Favorite Things list twice, which is a hell of an endorsement. So there was really no reason not to stop by and check them out. I was interested to see how they compared to the shops I had been to in London in terms of quality and price.

So a few months ago, before the holidays T, B and myself made our first trip to the American Tea Room. It was fantastic. SO many amazing teas to choose from and a cafe where you can order pots of tea and little snacks, petit fours and the like. So we did just that. They bring you your pot on a little wooden tray with a cookie. Its quite lovely. T ordered a pot of Bao Zhong Royale Oolong. B had a pot of the Oh Canada and I had a pot of their annual Pink Christmas Blend which was super tasty. It turns out I seem to really like herbal/floral teas, which kinda sucks as none of them have caffeine, and I needs me my caffeine. Anyway, we were all extremely pleased with out choices. Hopefully in the future we can discuss the specifics of each. 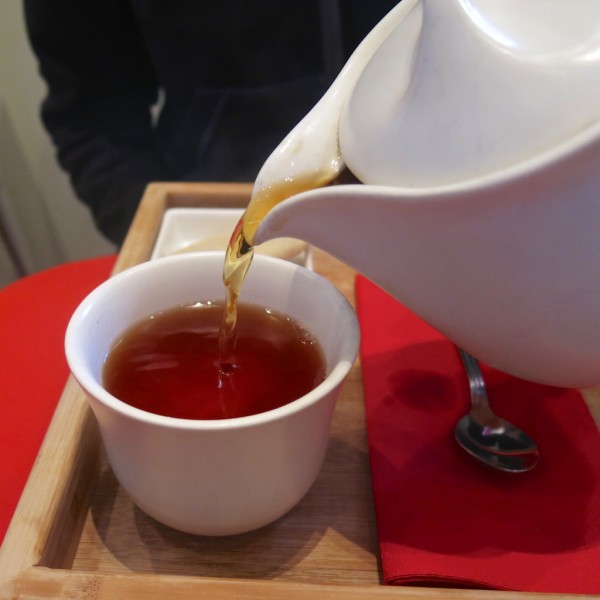 After having our pots of tea, we shopped around for awhile. The walls of tea samples was a smelling bonanza. So many of them smelled so good that we were spoiled for choice.  It would definitely take a long time if we wanted to try them all, and slowly I think we might. I was finding myself getting more on this tea thing so I needed some supplies for home and we wanted to get some small packs of tea. Being loose leaf, they have 3.5oz packages on the shelves near the samples, but you can also have them measure out smaller 2oz packs, or even a tiny sample pack which will make a couple of cups of tea. Being premium teas the prices really range depending on the rarity, quality, type, etc. So you could spend a lot of money, but many of the more basic teas I thought were not too expensive, certainly for the quality. 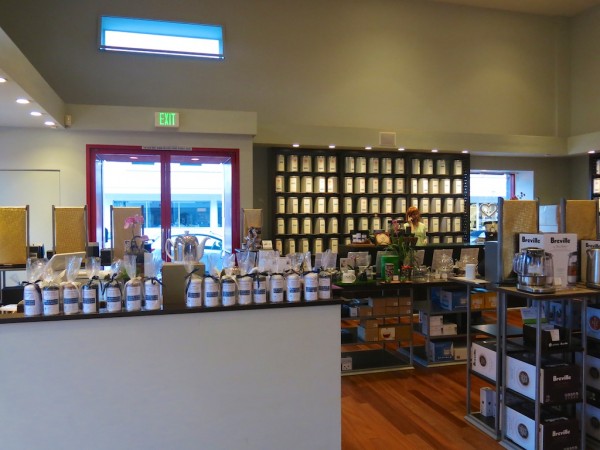 I got a pack of the Pink Christmas Blend because I really enjoyed it while there and knew it was seasonal. I also got a pack of Choco*Latte which smelled like chocolate, but was a tea which I just found intriguing so I wanted to try it. T got some Earl Grey Shanghai, as it had that insane smell that breaks my brain and she still had some from the Tea Palace and she wanted to compare them. B got one called Brioche. Then they offered a couple of the tiny samples since we had bought so much. So we got Notting Hill and Toasted Fig for those. Again we will hopefully write more about these individually in the future.

All of these teas were great. Of course in the ensuing months after this trip I have been accused of having ruined T.. in regard to quality. Between the Tea Palace and the American Tea Room, the quality of what she was now drinking far exceeded what she normally drank and made her normal basic teas all bland. I suppose thats the risk you run when you start looking at premium quality loose leaf tea. So its on me that I have started to give her expensive tastes.. in tea at least. 😉 You just need to ration the good stuff for the better occasions.

We made another run to American Tea Room a couple of weekends ago. We knew they were working on a new, second location in the downtown arts district which we wanted to find out how that was coming along, but also just wanted to have a spot of tea and try some new ones. This time I got the Romanoff Blood Orange organic tea. T got the Puttabong Darjeeling. More home runs for both of us.

Then we smelled around a bit more and picked some new ones to take home and try. I got the Lemon Drop and T got the Dong Ding Oolong. I also was asking them about green teas as I wanted to try one of those too but not a whole pack, so I ended up getting a sample of the River of Heaven green tea. This time we learned the lesson of paying attention to the prices however. I had offered to get T a pack of whatever she wanted. She was debating two of them but settled on the Dong Ding Oolong. Neither of us were looking at prices and I was getting the small packs anyway so it never occurred to me that even those could be pricey, but that one turns out to be one of the rares. I don’t mean to make it sound like it broke the bank. It was about $15 more than I expected which isn’t nothing. It was fine though. I simply made the tradeoff that she definitely needed to write a post on that one in exchange. And since drinking it, it has earned it price point in quality, taste, longevity etc. More on that later.

So needless to say, T and I are fairly obsessed with this place at the moment. I’m sure some have probably noticed the banner for them at the top of the site. We have since found out that they have an affiliate program where we can partner with them to help sell their teas. We have signed up and are currently thinking about adding a dedicated tea shop to the this site so we can share these awesome finds with everyone. Not certain when or if that will finally happen. I want to look around more before committing to one specific brand, but they are currently the only one I have found that sells online, uses affiliates and is a place where I know the quality and taste are there. So we will see.

I would like to continue to explore the tea landscape of Los Angeles so we don’t just obsess about one place. We recently took a trip to chinatown to look at what they had to offer. Thats another post to come. If anyone out there has any tea shops to recommend please let us know.