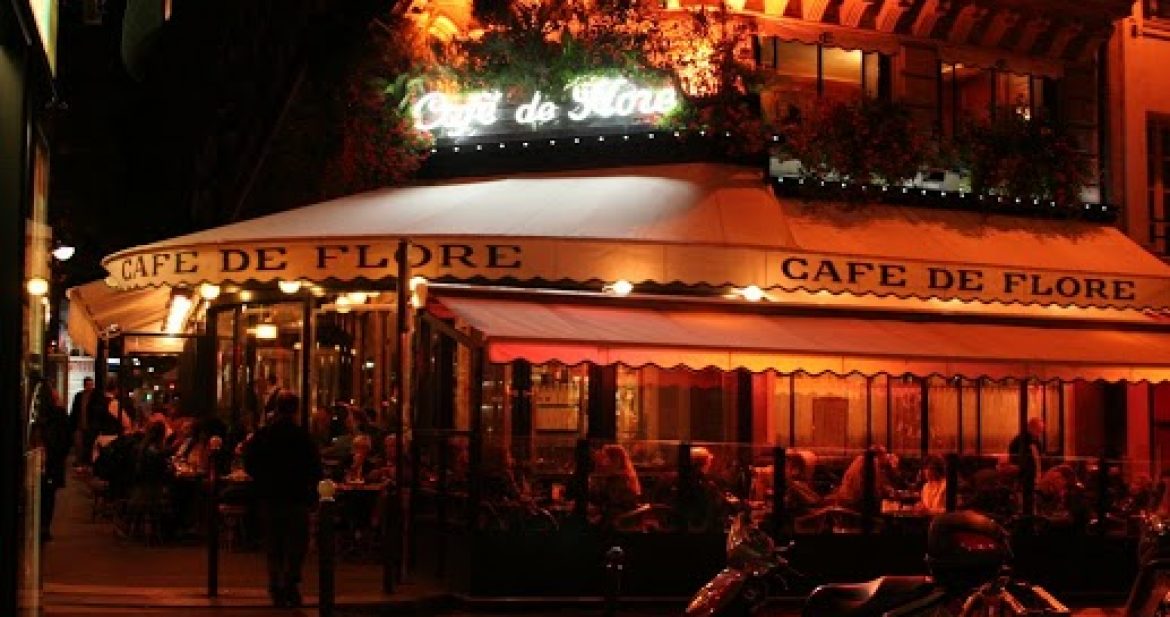 I love Paris in ze springtime, I love Paris in ze fall. In September 2009, Richard and I embarked on an unbelievable trip to France. This was a chance for me to walk in the footsteps of my idol, Anais Nin. First and foremost was the pilgrimage to her house, but just as important on the list were all the cafes where she used to meet Henry Miller. I imagined them chatting about life and friends and writing. I am always in awe of that heady electric tension between them that led to the ineveitable decades-long (not-so-)secret love affair.

La Coupole: From Access Paris 11e By Richard Saul Wurman, “La Coupole is a vast brasserie decorated by local artists that became an instant hit with writers and artists when it opened in December 1927. Josephine Baker promenaded among the tables with her pet cheetah. Henry Miller, Alfred Perles, Lawrence Durrell, and Anais Nin were regulars in the 1930s…with Nin usually footing the bill…”

Les Deux Magots (“The Two Mages”): Apparently artists of the 1920’s and 30’s had alleigences to either Les Deux Magots or it’s neighbor across the street, Cafe de Flore. We ate at Les Deux Magots on our last day in France, and the interior looked as though you could have turned you head and glimpsed Anais posing for a photographer friend in the corner booth.

La Rotonde: From a genius collection of Henry Miller-centered walking tours, Millerwalks, “As at the other cafés at this intersection (Le Dôme, La Coupole and Le Select), Miller made himself at home on the terrace of the Rotonde…Miller and Anaïs Nin met here daily in the spring of 1932 to discuss June, with whom they were both infatuated—talks which precipitated their own love affair. Miller told Nin that he had written her a love letter, but had torn it up. Then he tried to take her hand, but she pretended not to notice. Nin would continue, briefly, to ignore Miller’s advances, but the beginnings of their affair had been set in motion.”

Cafe de la Place: “I have lost that tranquil Seine-like rhythm of my adolescence. And yet when Henry and I sit together in the Cafe de la Place, Clichy, we enjoy the profound feverless …” from “A Journal of Love” -The Unexpurgated Diary of Anais Nin.

Cafe Odessa (and Richard!): around the corner from the Hotel Odessa, where Anais would meet Henry Miller secretly.

In addition to the historical significance, the food at these cafes was WONDERFUL. The combination of sitting outside, French people-watching (and dog-meeting in a lot of cases), and getting a reasonably priced and delicious meal was novel to me every single day. The pic at the beginning of the post is at a small cafe at the Tuileries Garden. On my plate is chicken and frites, while Richard has a Croque Monsieur, which I will try to duplicate in an upcoming post. Besides the Nutella crepe, the Croque Monsieur was my absolute favorite food in France. Its essentially a super fancy grilled ham and cheese… and cheese. Magnifique!