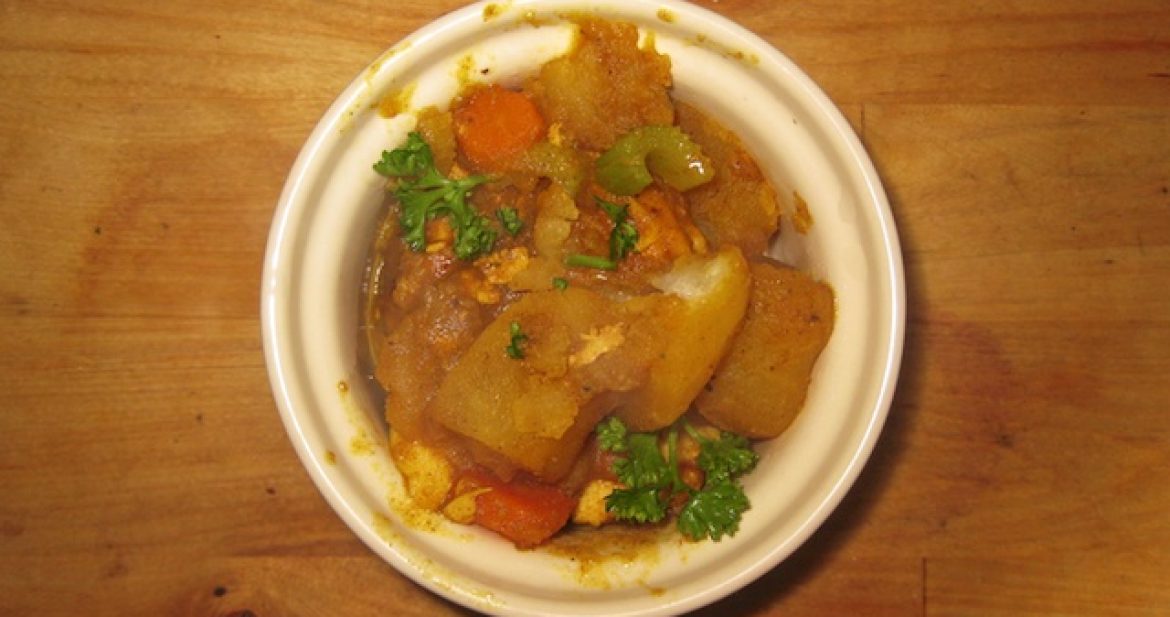 Richard and I had the opportunity to test the tagine on the stove top the other day, and I think it is fair to say that we were both astonished at how well it worked.  We set a heat diffuser on a burner, placed the bottom of the tagine on the diffuser, turned the heat on medium, and started making this recipe for Chicken Tagine.   The recipe is pretty basic, so I added a bunch of herbs and spices (perhaps too much, especially with the salt) but it was super easy and pretty tasty.  Placing the lid on the tagine creates a steamy heat chamber that cooks the food surprisingly quickly for such a low burner temperature.  It is perfect for desert dwelling moisture farmers who prefer simple, homemade meals far away from the “wretched hive of scum and villainy,” but don’t be surprised if the intoxicating aromas attract a few Sand People or Stormtroopers.  (Ham Solo will probably be working on his own intoxication in a cantina in Mos Eisley, so don’t expect any help from him!)

I think Aunt Beru would dig it (well, not the part where the Stormtroopers show up.  Maybe not all the puns, either.)  Although I always wanted a tagine, I was a bit worried that it would be difficult to use.  However, after using the tagine in the oven and on the stove top, I have discovered that it is a simple way to create hearty, tasty meals and side dishes.  And it looks really pretty!