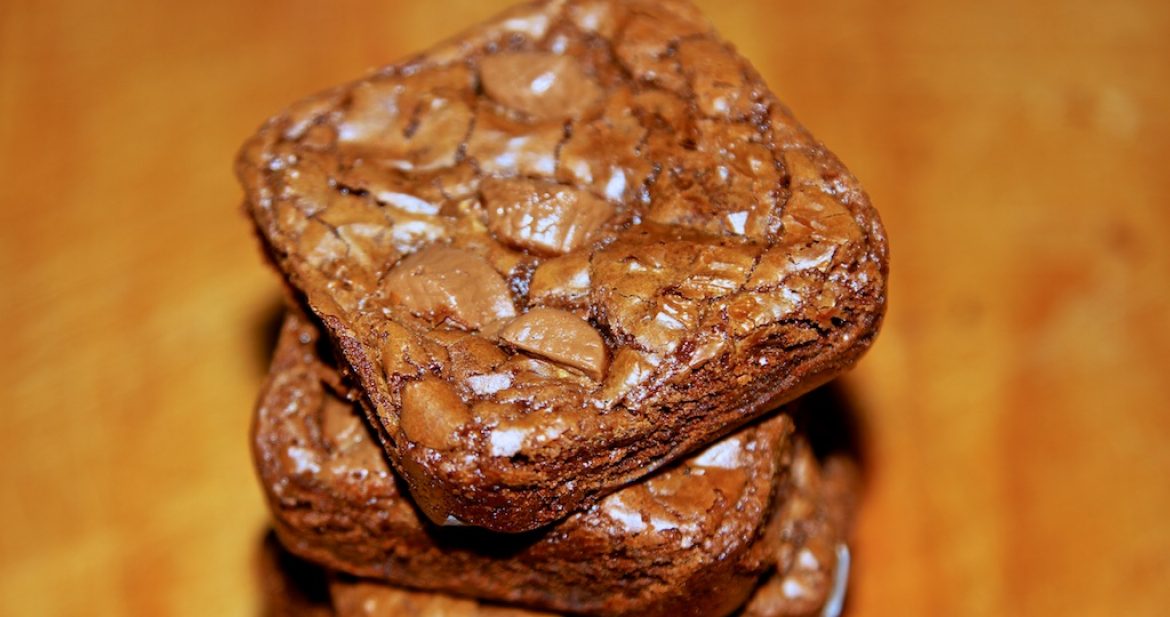 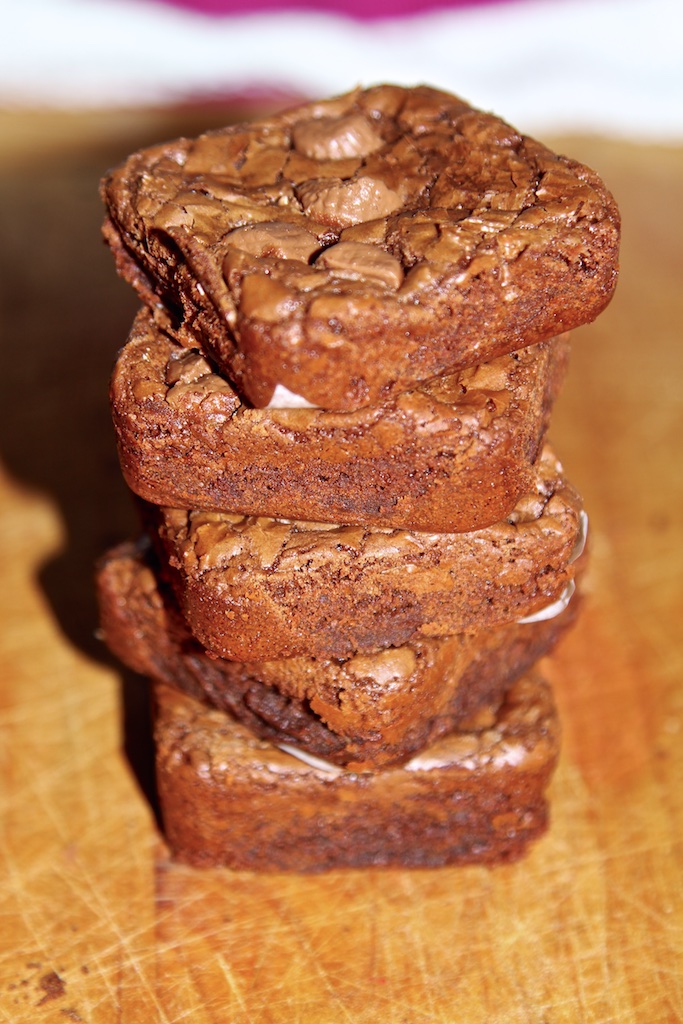 I made these cookies so long ago but somehow never finished the post about them. Probably it had to do with some kind of chocolate/peanut butter induced coma after eating these cookies, which might I add are ridiculously delicious. Too delicious really.

I realize in the pics they look kinda like brownies, but that’s just because I decided to try out a new pan I bought that made these rounded squares. It made the cookies way more uniform in shape, so I was able to wrap them up in columns using parchment paper. It looked lovely at the picnic some friends and I were having before seeing some outdoor Shakespeare production. It was a great night for many reasons, these cookies not the least of them. 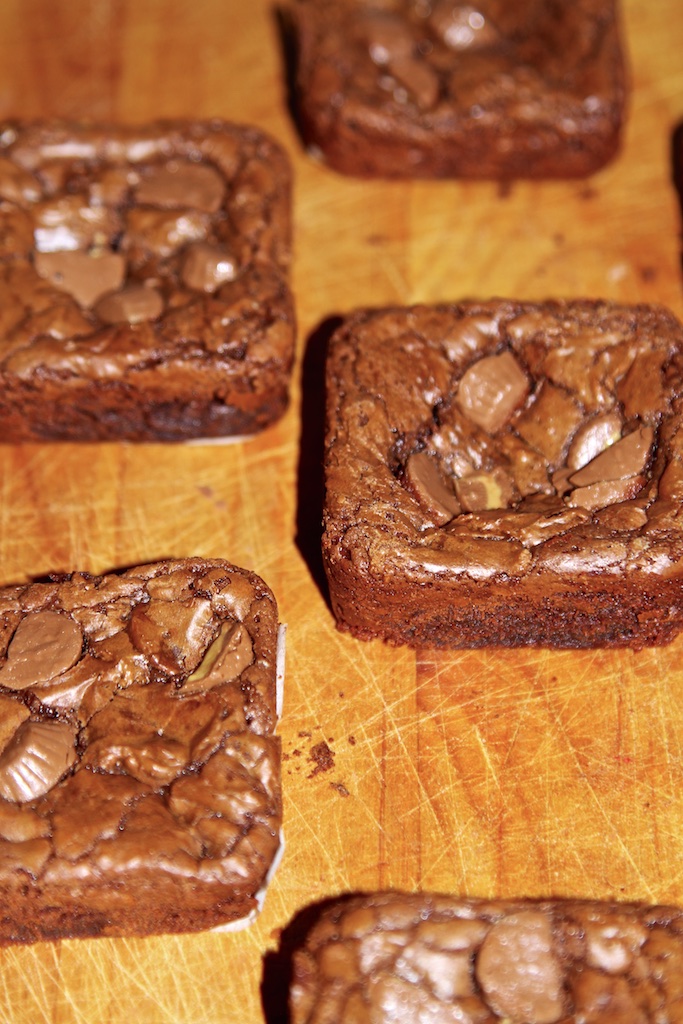 If you are looking at these pictures carefully enough you might be asking “is that a half peanut butter cup embedded in the cookie?” Oh my yes!  It most certainly is. That’s the moment I realized I need to try this recipe when I found it. These are chewy chocolate cookies, not only with peanut butter mixed in, but also with peanut butter cups pressed into the dough. Talk about decadent! They are definitely the kind of cookies you slightly under-bake so everything is soft and gooey.

I did try to make a tray the normal cookie way, but of course they all ran together so I used those for eating that night and saved the square ones for the public. 🙂 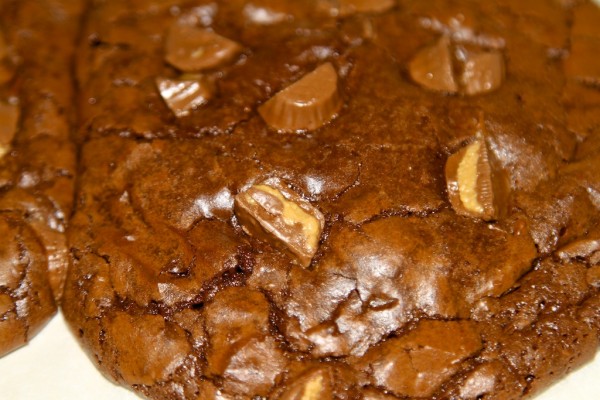 Sadly I did not invent these amazing things. I found them when I was looking for recipes to try along my quest to learn to bake. It is entirely possible it was something I found through Pinterest because, well, that’s the whole point of Pinterest, isn’t it?  I can’t say for certain, though. However it was I came upon this recipe from Sugar Hero, I am happy I found it.

The recipe made so many of them that we came no where near to eating them all during the picnic… so during the act breaks in the play we were passing them around, including to the strangers next to us. There really is nothing better than the ooo’s and ahh’s and mmm’s you hear when people are really enjoying something you made. They liked them so much they ask me where I bought them and were surprised when I said I made them. So that’s a feel good moment and a ringing endorsement if ever there was one.

The whole idea has me thinking about how I can use other commercial candy in other baking projects. We’ll see if anything comes of it.

In the meantime, here are some process photos, followed by the recipe. 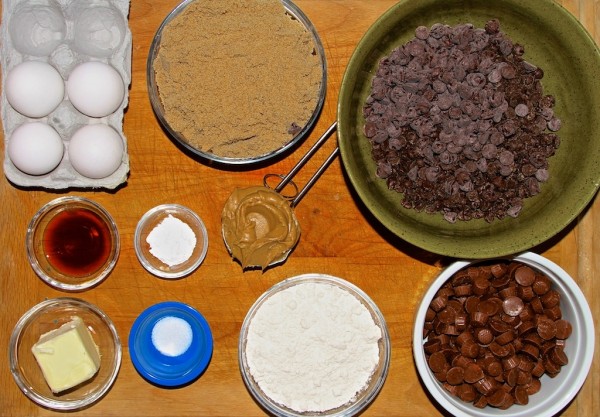 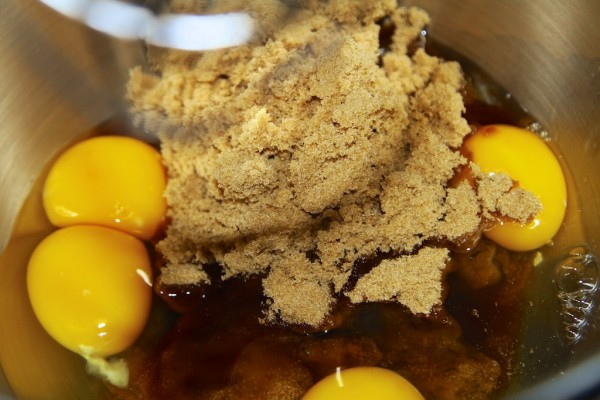 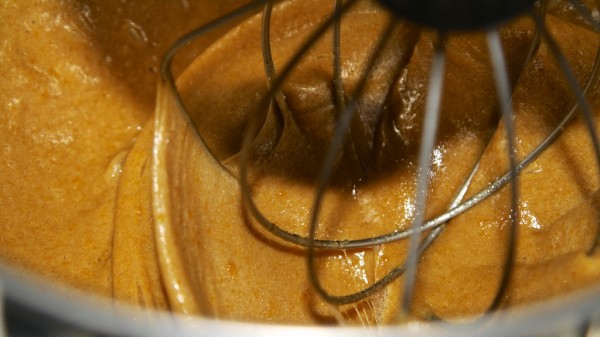 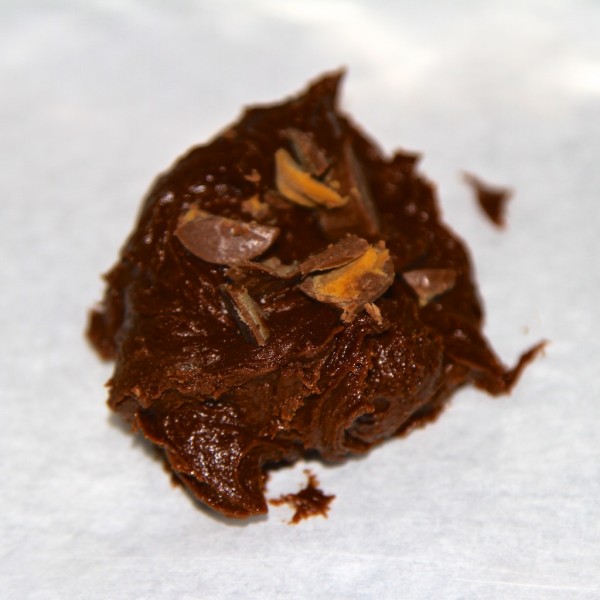