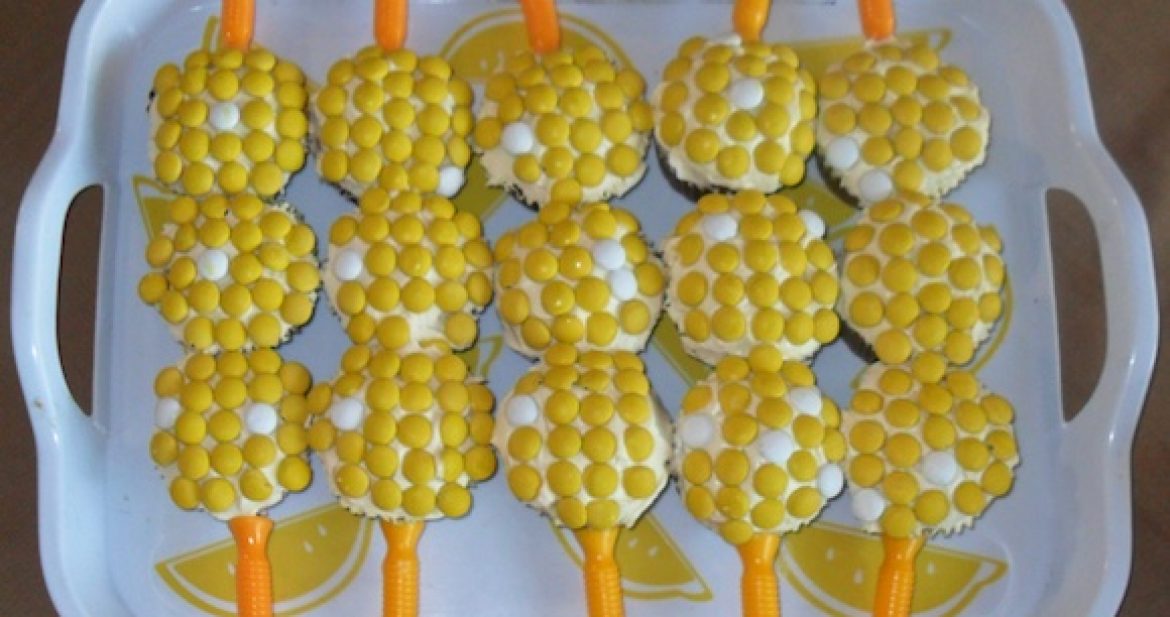 I raced to tear a page out of Women’s Day (July 2011) magazine with this enticing cover of cupcakes made to look like corn on the cob: 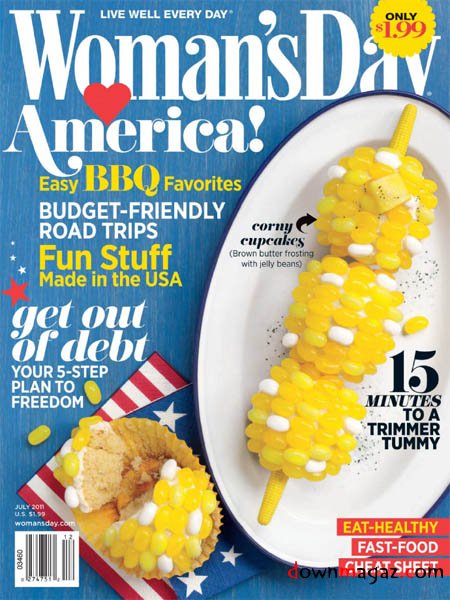 I thought it was an adorable idea, but I wasn’t very inspired by their cupcake and icing choice- vanilla cupcakes with brown butter cream frosting. Nor did I agree with their topping choice, so I dropped the jelly beans. (Also, I could not for the life of me find yellow and/or white ones). I essentially did nothing the same as their recipe except buy 16 matching corn holders. I loved the look, though. I thought they would be a hit at this year’s 4th of July cookout at M’s great aunt’s house. Last year, I made the Fruit Flag Platter, and people took pictures, so I had to try to top that this year.

I instead brought together banana cupcakes (from scratch, with REAL bananas, from a Martha Stewart recipe), vanilla buttercream icing from a Food Network recipe  (NOT from the Butterqueen!!!), and white and yellow m & m’s as the topping (i.e. the corn). I didn’t care for ole Martha’s icing choice either, so I chose what I liked. I liked the idea of banana, vanilla cream, and chocolate as the flavor combo. I also got some Starburst candies to cut down the middle longways and use as the butter slabs on the corn, but I didn’t end up using them. When I tried to slice them, I ended up mashing them down into non-butter looking candies. White and yellow cupcake liners were to help maintain the corn illusion, but the cupcakes came out a bit darker than anticipated. I used what trays I had on hand for transport and presentation. I made 24 cupcakes in the end, so the recipe below should be doubled if you would like to make that many. The icing recipe covered all 24. Specific color m & m’s were found (thankfully) at Party City. 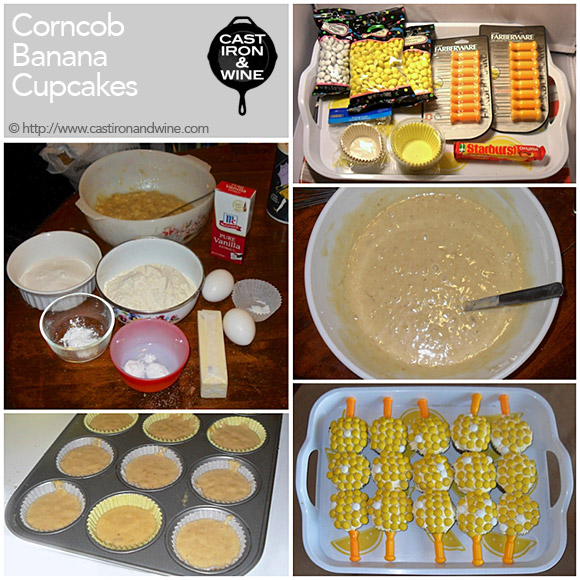 I was relieved that folks at the cookout were able to tell what the cupcakes were supposed to be, because as usual, mine didn’t come out ANYTHING like the original photo. Making them with actual bananas definitely paid off though, they were delish!

So, yeah, banana cupcakes that looked like corn. Strange but successful.