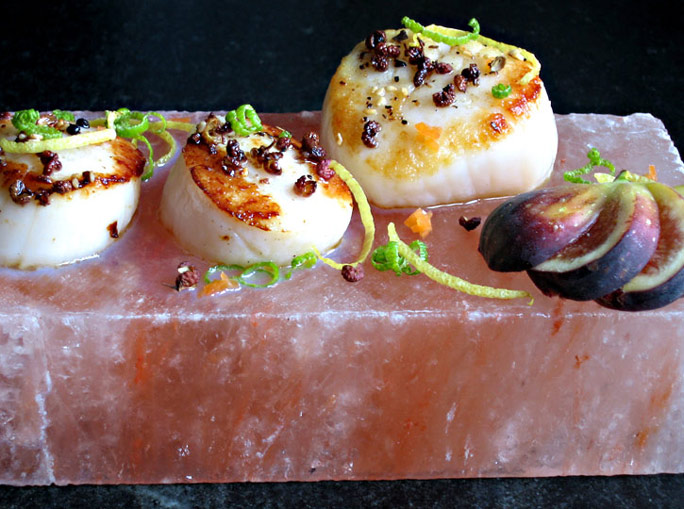 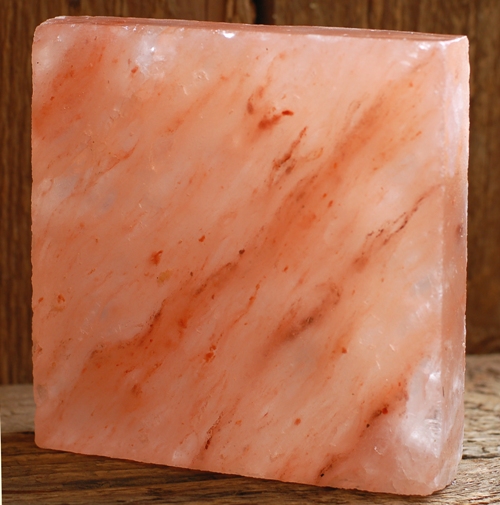 A recent spontaneous trip to Surfas’ Culinary District yielded a big surprise: a Himalayan salt block cooking demonstration.  The last time we visited Surfas’ with Richard, the three of us marveled over these giant (and somewhat pricey) salt blocks and debated the merits of investing in one.  It was great to see the cooking demonstration and talk to an experienced salt block cook before considering such a big purchase.  Once I sampled the beef and  chicken that were cooked on the salt block with just a light sprinkling of pepper and no other seasonings, the Himalayan salt block moved from my “maybe that would be cool” list to my “I totally need that ASAP” list.  I cannot overstate how GOOD the meat was.  So tender and flavorful…I could have stood there all day eating.  I know I was not the only one affected this deeply, because after we got home, B said, “Ohhhh, how bad do you want a salt block?” about a dozen times.  Yes, the meat was really THAT good.

The salt block chef had her block on a burner similar to this: 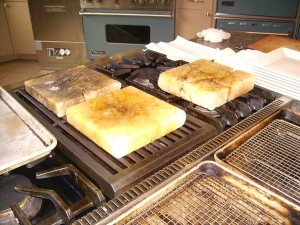 She said all she did was put the block on the burner and let it heat up like you would a frying pan.  After it was hot, she just laid the meat strips on the block and cooked for a few moments on both sides until the meat was cooked through.

The chef told us the salt blocks can be used hot or cold (although you should have one just for cold and one just for hot if you can), and you can cook pretty much anything on them.  She even had some nectarine slices for sampling that had been laid on the cold salt block for a few minutes before serving.  Yum. 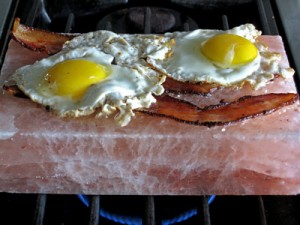 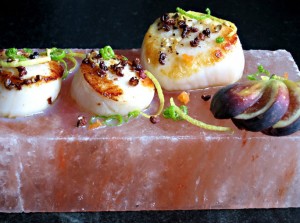 The salt blocks are supposed to be super easy to clean as well.  The salt block chef said she just lets hers cool a little, then she scrapes off any remnants and burnt spots.  Then she rinses under water, pats it dry, and wraps it in a towel until it is ready to use again.  Unlike tagines or cast iron, there is no seasoning process. ( I feel like I should make a pun here based on salt being a seasoning but my brain is a little tired and not having it.  Oh well.)

After I got home and started doing some research,  I found out that you can also buy Himalayan salt tequila shot glasses.  The product description says that drinks should not be allowed to sit for too long because they will become too salty.  I think with some properly chilled tequila and limes, that would not be a problem! 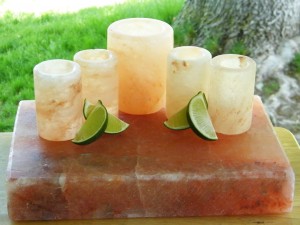 Anyway, as you can probably tell, I cannot wait to get a salt block of my own to start experimenting!  Here is some more information about Himalayan salt blocks: