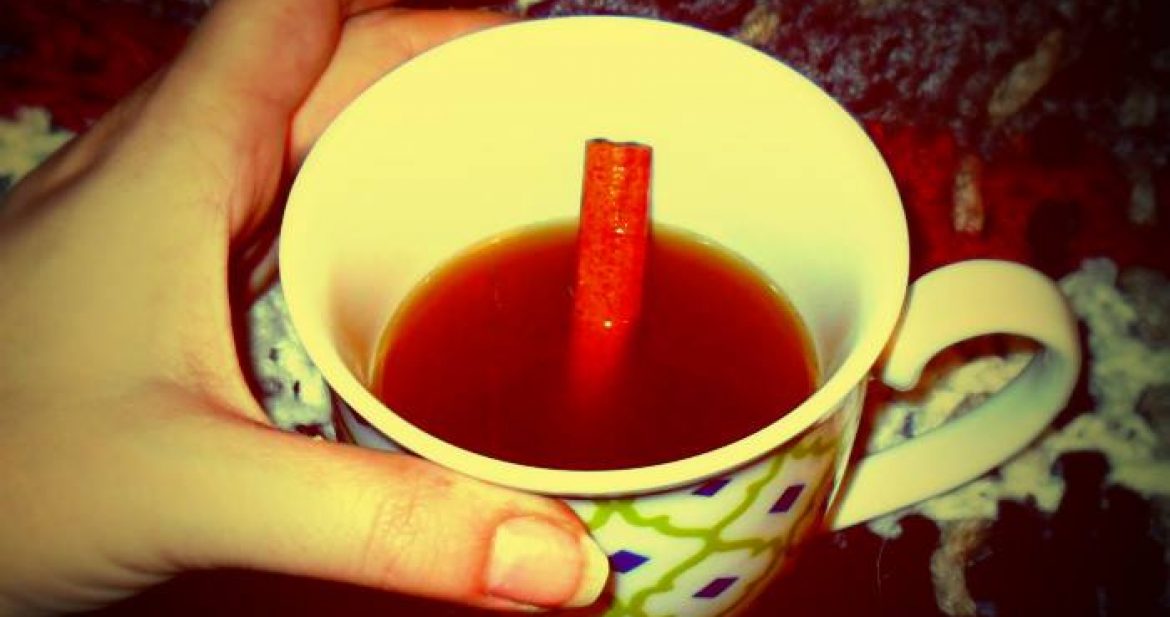 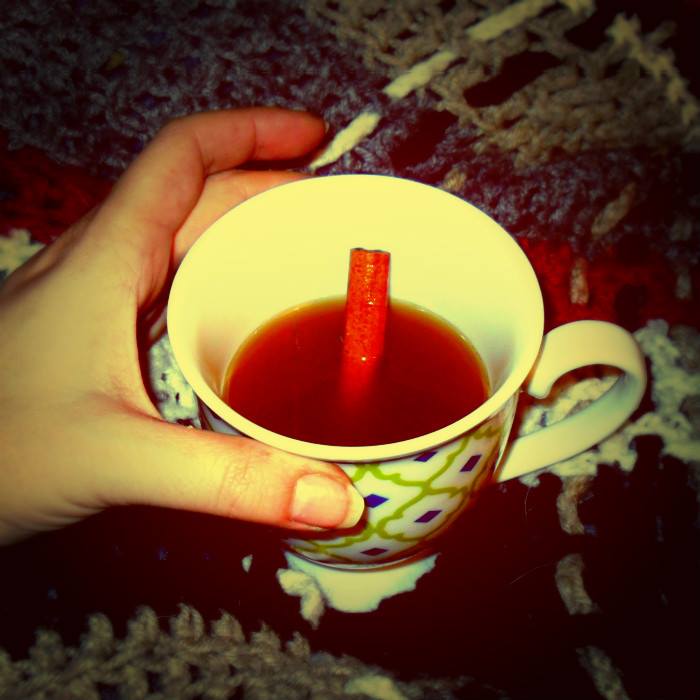 Dear world: Fall is better than anything. The cooldown after that last flash of summer heat, the sweaters, the recipes, the Halloween decor…it’s just magical. Poet Lloyd Schwartz captures autumn in the northeast in the 3rd verse of his work, “Leaves”:

You’ll be driving along depressed when suddenly a cloud will move and the sun will muscle through and ignite the hills. It may not last. Probably won’t last. But for a moment the whole world comes to. Wakes up. Proves it lives. It lives— red, yellow, orange, brown, russet, ocher, vermilion, gold. Flame and rust. Flame and rust, the permutations of burning. You’re on fire. Your eyes are on fire. It won’t last, you don’t want it to last. You can’t stand any more. But you don’t want it to stop. It’s what you’ve come for. It’s what you’ll come back for. It won’t stay with you, but you’ll remember that it felt like nothing else you’ve felt or something you’ve felt that also didn’t last. 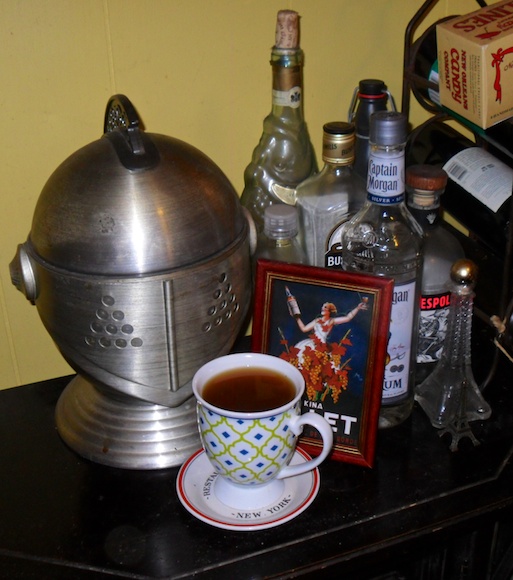 Our recipe for autumnal boozy yumminess is basic: apple cider and rum (with the occasional cinnamon stick for garnish). It’s a warm drink that’s cozy and comfortable and great to drink out around the firepit on a chilly night.

I hated apple cider for way too long, because I only ever had it cold. Hot cider was a revelation. Smooth on the tastebuds, warm in the chest, and then satisfying in the belly. I poked around the interwebs to see if this concoction had a name. It does: hot cider with rum.

In looking, though, I found out that Martha Stewart makes hers with Goldschlager (“I like this one because it takes the average spiked version of the drink and adds a little sparkle and cinnamon by using Goldschlager, complete with its tiny gold flakes.”-Oh Martha, you bling-y b**ch, of course you do.)

Most recipes seem to call for the heating on the stove of rum and cider, plus some variation of a mixture of cloves, orange slices, cinnamon sticks, nutmeg, and/or allspice. Emeril Lagasse has a decent-sounding recipe on his site here. Maybe we’ll try that next time. For now, we had some local apple cider from Brace’s Orchard in Dallas, PA and some Kraken Black Spiced Rum, so we threw them together and microwaved. 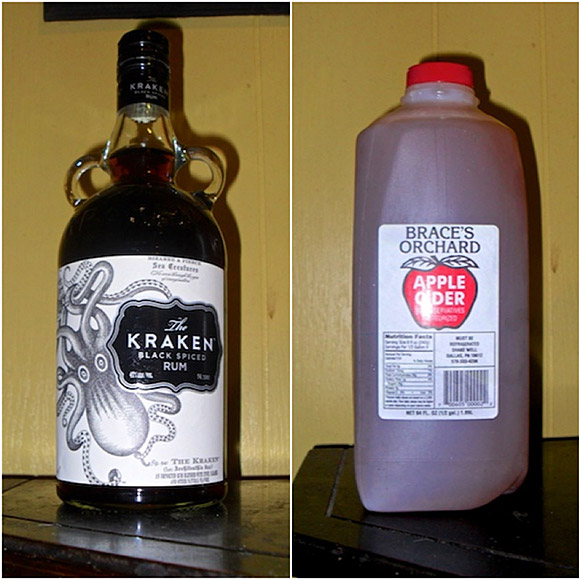 Cozy afgan in the first picture courtesy of my darling mother in law. It’s the perfect combo with this drink on a chilly night.

Oh, and you know we’re keeping that Kraken bottle forever.