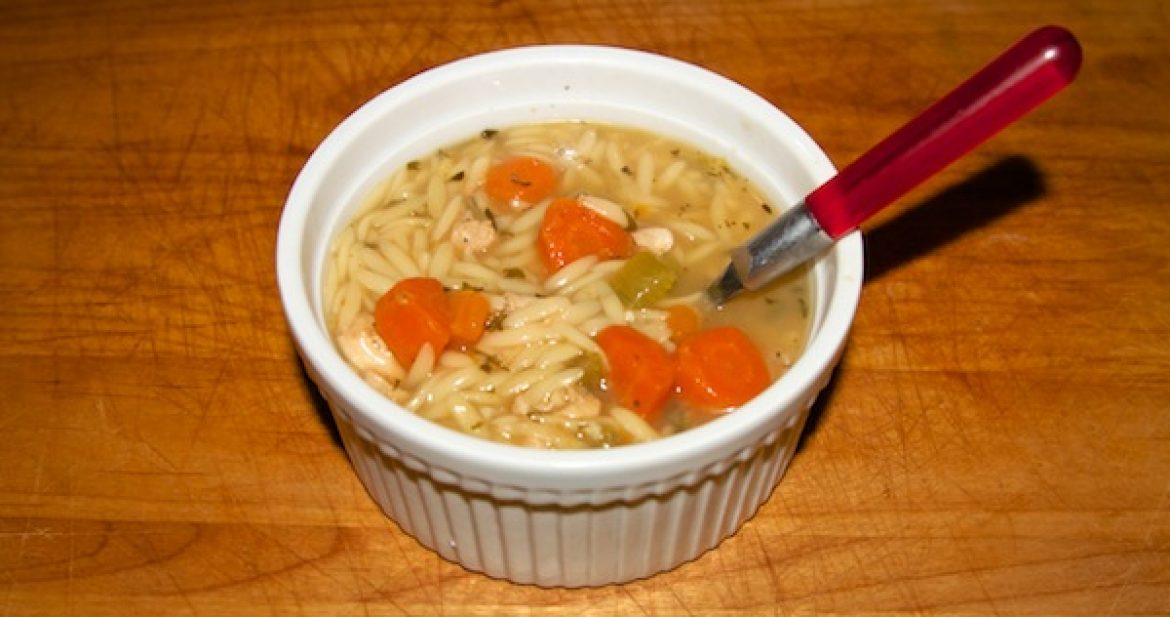 So its the beginning of February… but its in the 60s/70s here in LA… but huge portions of the midwest and northeast are covered in snow… but I’m wearing shorts! this is pretty much the strange, endless conflict that exists in my brain this time of year here. Its kinda spring-ish, but I really want soup. (and to be snuggled indoors while its snowing outside, but thats a whole different issue)

So yeah maybe soup in the warm weather isn’t totally on point, but I’m making it anyway. Besides we have people in all different kinds of weather reading this so it will work for someone somewhere. AND I got to use my new cast iron toy, which I will introduce formally in a later post.

My normal go-to soup is chicken noodle. Original, right? It’s like the most ubiquitous of soups and I didn’t imagine it would make all that interesting of a post… but I still wanted to make it. So I began searching around for a way to add least jazz it up a bit. Thats when I came upon a number of recipes for lemon chicken orzo soup. It contains two things I really love, orzo and lemon, and for all intents and purposes is still chicken noodle soup. Sounded like a plan to me.

Most of the variations that I found only really differed by the herbs they used. The rest was mostly the same, so I sort of made my own recipe from a blend of everything I found, and made some alterations to suit my particular tastes. Specifically most of these recipes used chicken thighs, but I mostly eat chicken breast, so thats what I used. I also was a little loosey goosey with the ingredient measurements so I had to do some corrections as I went along.

Personally I think thats the beauty of soup though. You really can’t get it wrong and if something is off you can correct it. The recipe at the bottom will reflect final measurements of everything.

Some recipes called for leaving the lemon out of the pot and letting individuals add it to their bowls, but since I was really the only one planning to eat it, I added it directly to the pot. I even threw half a lemon in the pot for the last couple minutes because why not.

I have to say the lemon was a really interesting addition to the soup. It added a complexity and freshness that I really enjoyed.

Now, I did do something that was not a great idea so I figured I would just give everyone a warning. Unless you are planning to serve the whole pot immediately, I might suggest cooking the orzo on the side and adding it to individual bowls. Or if you do cook the orzo directly in the pot, take it off the burner once its done. I made the mistake of leaving it on low for a long time to keep it warm as I was planning to slowly eat it over the whole evening. That caused the orzo to really soak up most of the liquid and made the vegetables a little too soft. Luckily I’m the kind of weirdo who loves when soup gets thick and mushy like that so again I wouldn’t call it ruined by any means, but I’m not quite sure you could still call it a soup at that point. Even once I did turn off the burner, when I came back a couple hours later the whole pot was like one big noodle and I had to add some water in when reheating it so it turned back into a soup.

Anyway this soup was really delicious, you should totally try it.

Here is a photo tour of the process. The recipe is at the bottom as usual. 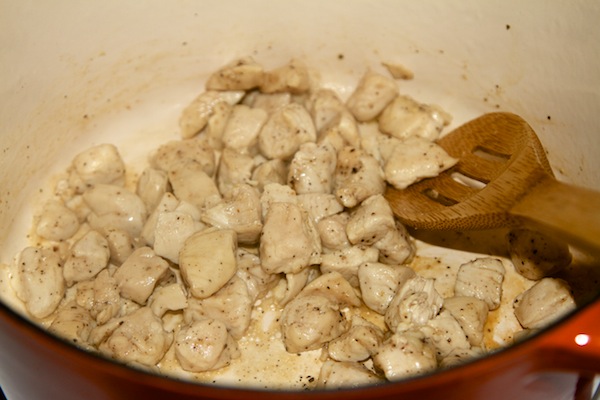 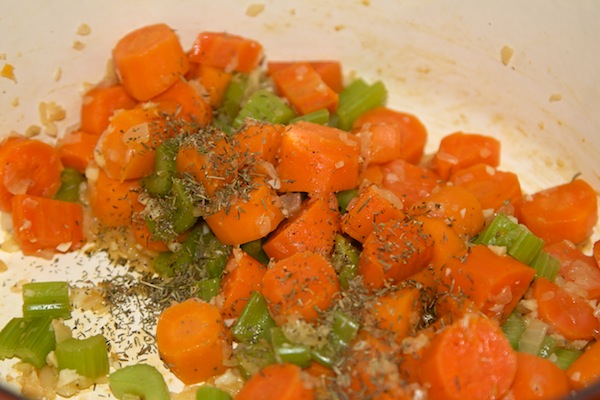 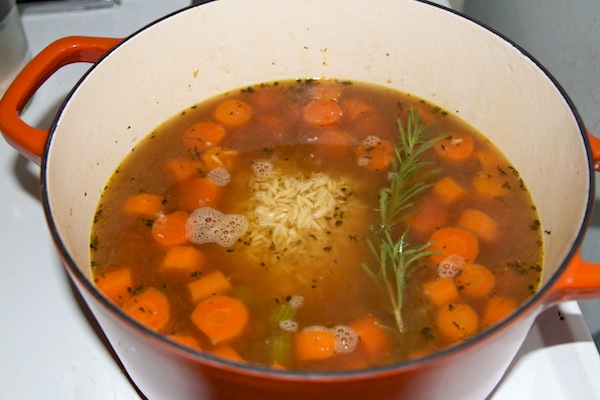 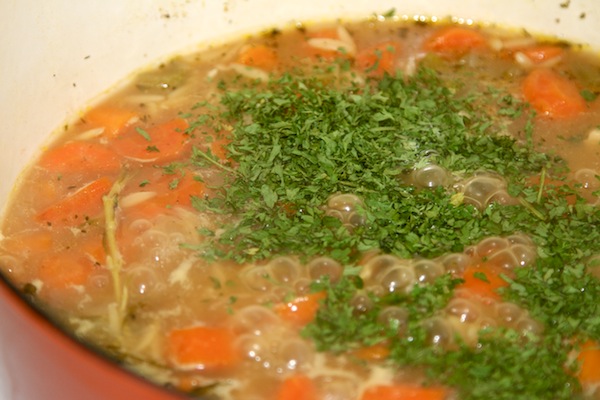 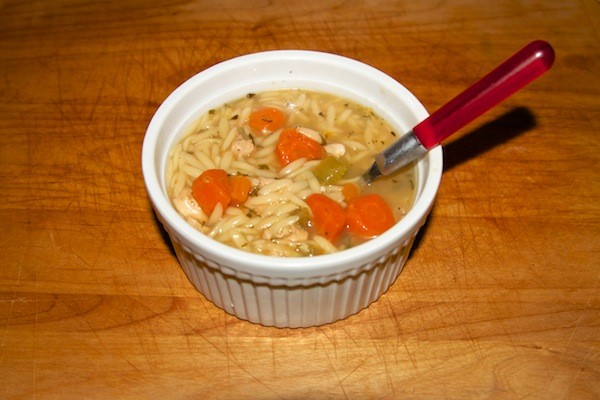 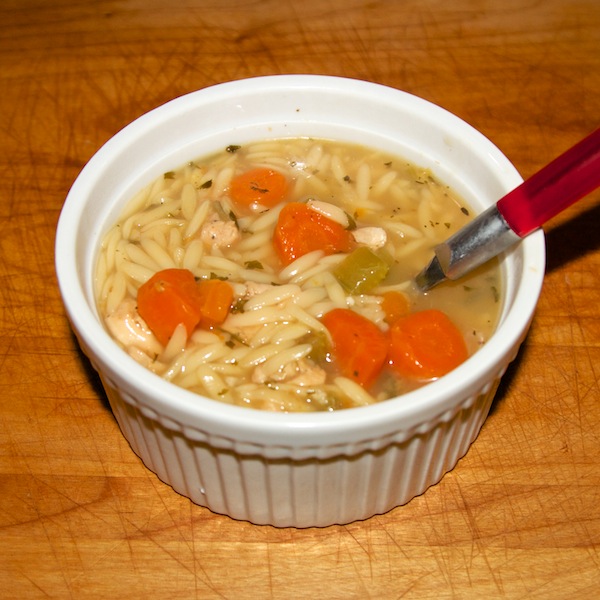