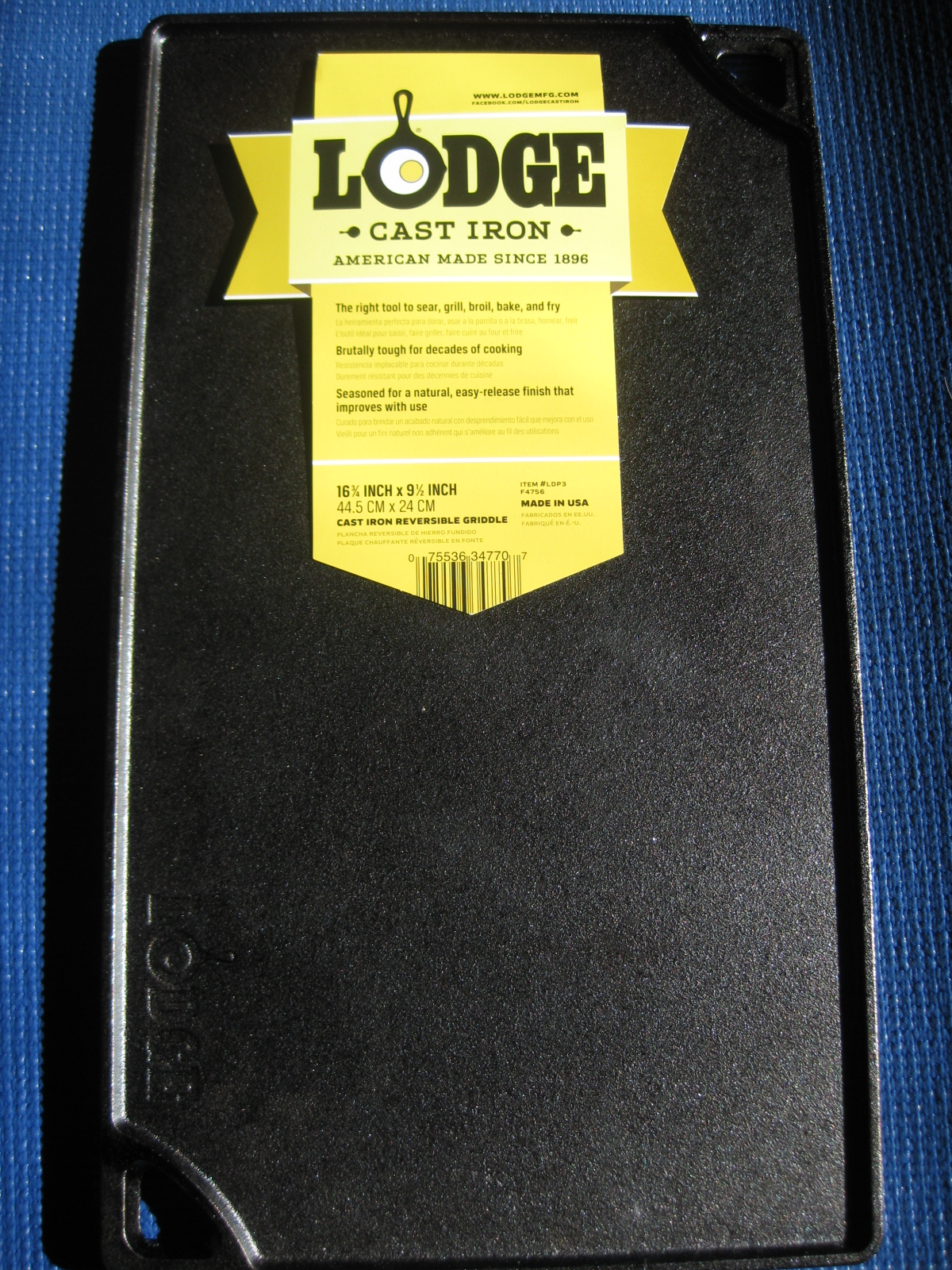 I picked up a Lodge Cast Iron reversible griddle on sale the other day and was very anxious to test it out. 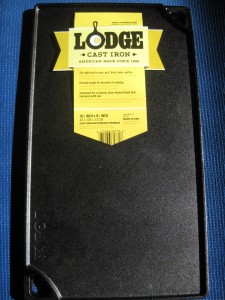 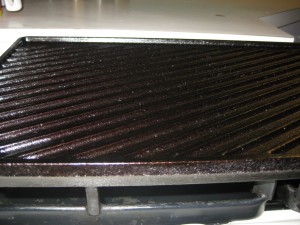 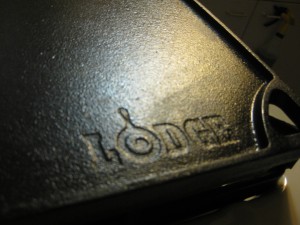 Although it is already seasoned, I rubbed it down with vegetable oil, and put it in the oven at 300 degrees for about 30 minutes.  After much discussion, we decided that bacon would be a great way to test the griddle and enhance the cast iron seasoning. 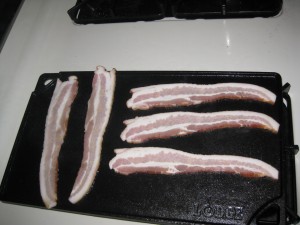 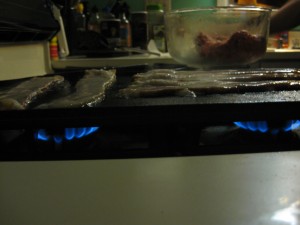 We set the griddle on the burners, and it did seem to heat pretty evenly, but we had to be a little bit cautious, because as the bacon cooked, we became worried about grease hitting the flame of the gas burners.  I had the fire extinguisher and baking soda at the ready, but it turns out my worries were unfounded.

After the bacon finished cooking, we turned off the burners, and wiped up some of the grease with paper towels, and the griddle was ready for burgers! 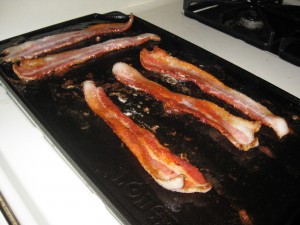 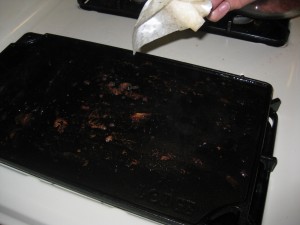 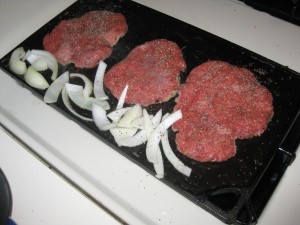 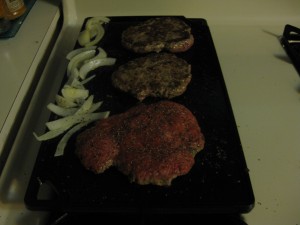 When the burgers were nearly complete, we made some room on the griddle for portabella mushroom slices.  Then we topped the burgers with bacon and cheese. 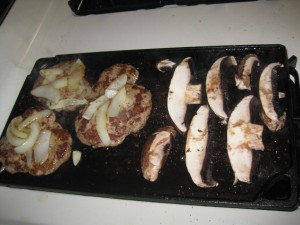 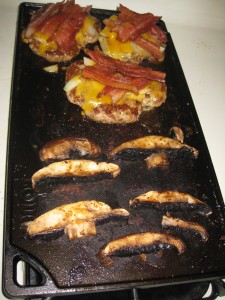 What the griddle looked like after the burgers came off: 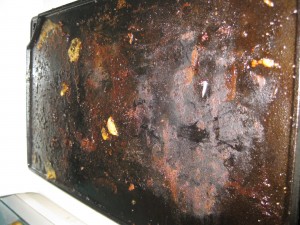 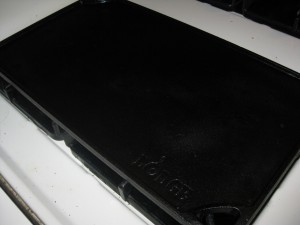 I used a spatula to lift the cheese up while the griddle was still warm, then I used a kitchen towel to wipe down the griddle.  It was a very quick clean-up, and I was impressed with the results.