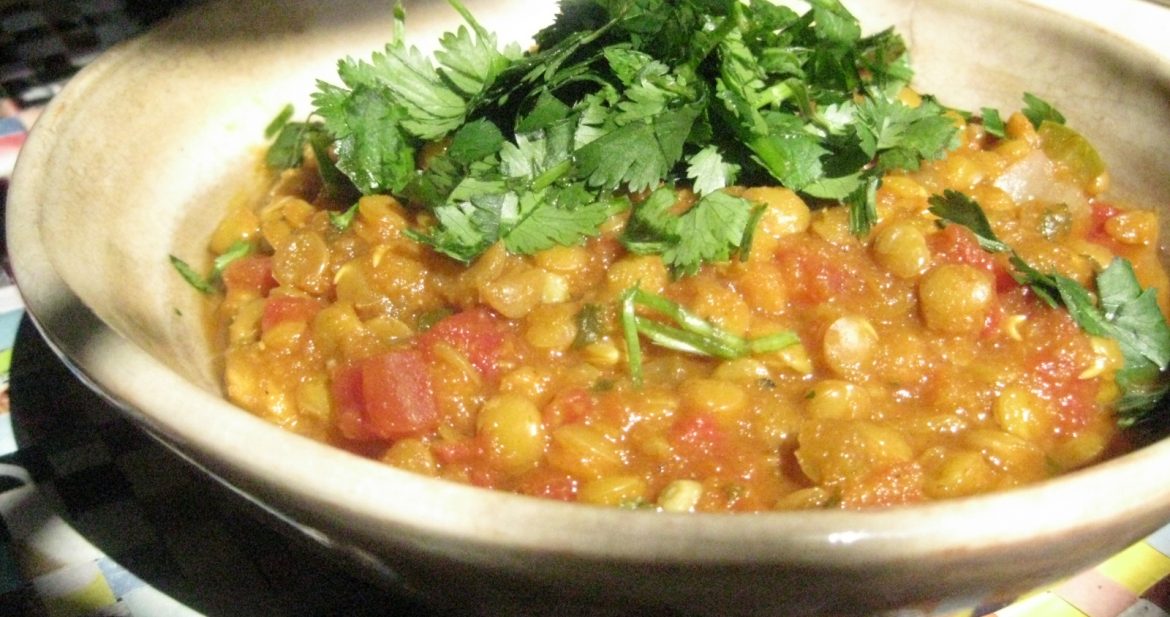 I recently made a pot of Mexican lentil stew based on Food.com’s recipe, but of course I did a bunch of substitutions and modifications.  For one thing, I used green lentils instead of red, mainly because green lentils are much cheaper and I usually have them on hand.  Also, instead of cooking the lentils separately from the onions, celery, and carrots, I pureed the vegetables in water with some bouillon (note:  I have an Osterizer blender that only has two speeds, so I am not sure if it is technically pureed.  The veggies get obliterated into an orange-y broth base.)

Anyway, I cooked the lentils in that broth mixture added to water,  plus a large can of diced tomatoes (with juice), spices and a couple of bay leaves.

The fresh cilantro and lime are added at the end and really bring on the WOW factor.  This is a great meal for spring and summertime.