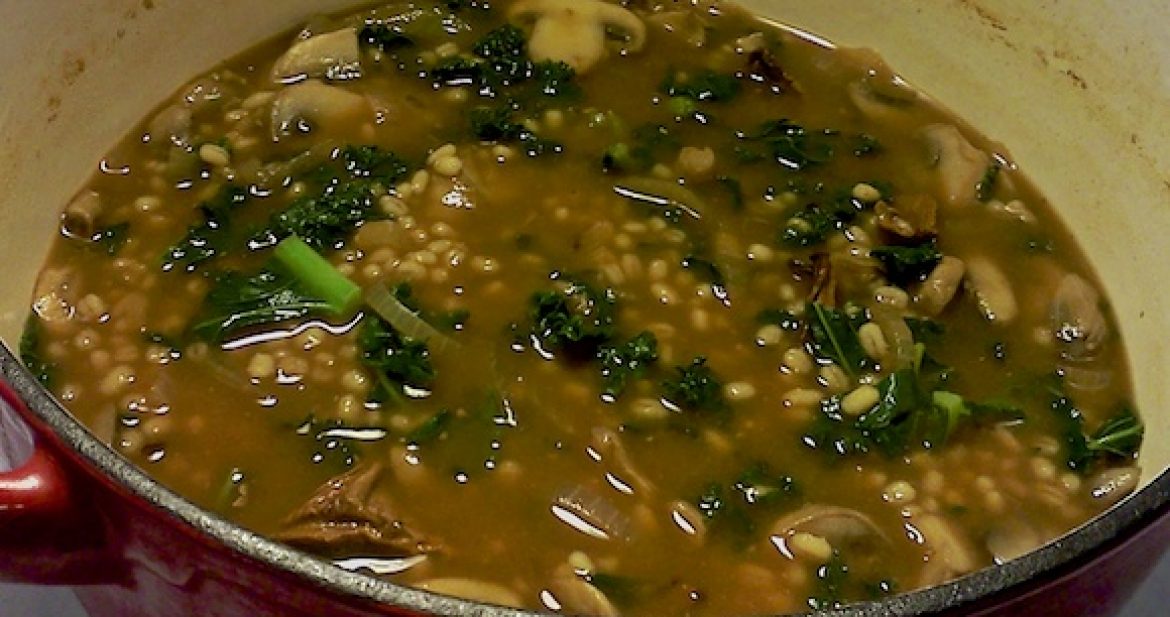 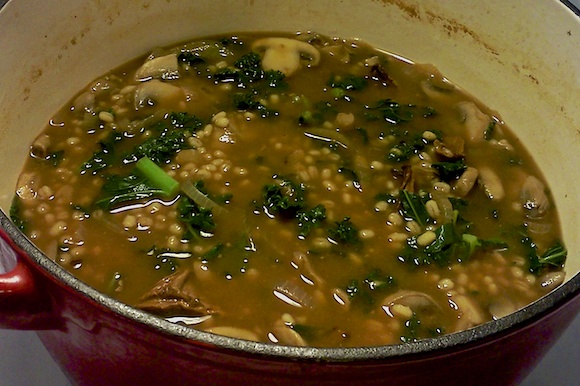 If you’re anything like me, then you probably have stockpiles of bizarre odds and ends in your pantry that you’re not quite sure what to do with. Usually ingredients left over from long forgotten and attempted recipes accumulate and build up until one day your pantry looks like some schizophrenic market displaced from any discernible country or plane of existence.  Such is the state of my cabinet. Many of my new recipes and experiments are derived out of necessity to clear through the clutter and hopefully come up with something tasty. 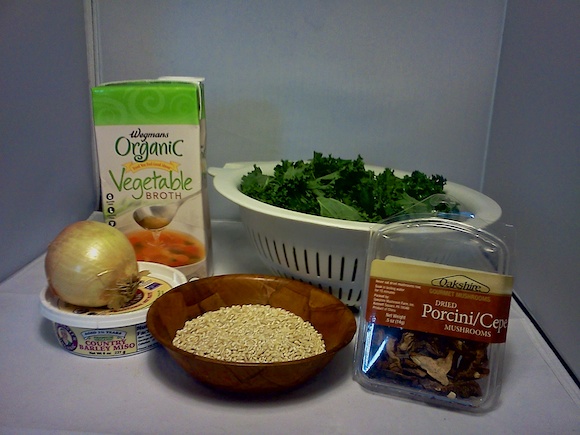 I’ve had this small tub of barley miso paste sitting in my refrigerator for months now, having been acquired originally for the sole purpose of making vegan cheese, and no real idea on what else to use it for.  Now obviously soup comes to mind when mentioning miso, but my experience with miso soup has always been as an mid-meal refresher at Sushi and Hibachi restaurants. While that soup is amazingly delicious, its not really something you can make a whole meal of, and I’m not to fond of making multi course meals on a whim. Looking through the cabinet, I spied some dried porcini and chantarelle mushrooms that I picked up some time ago and never used. An idea began to come together.  Soup still, but something heartier. Miso and mushrooms are simple and common enough, so we needed something to give this soup some heft.  Of course! That bag of barley that’s been ignored since the discovery of quinoa… now we’re on to something.  Dried mushrooms must be reconstituted in boiling water before they can be used, and the left over liquid is essential to imparting some woodsy decadence.  There was only about 6 ounces of the porcini and chantarelles, so I had to supplement with some white button mushrooms I happened to have.  To top it off, I tossed in some of the green du jour, kale, for some extra flavor and texture.

The result was a deliciously thick soup, that with a tad bit less water it could be called a stew. It was quite hearty and very satisfying all on its own.  The woodsy quality of the mushrooms makes this dish a great warm up on a cool fall day. 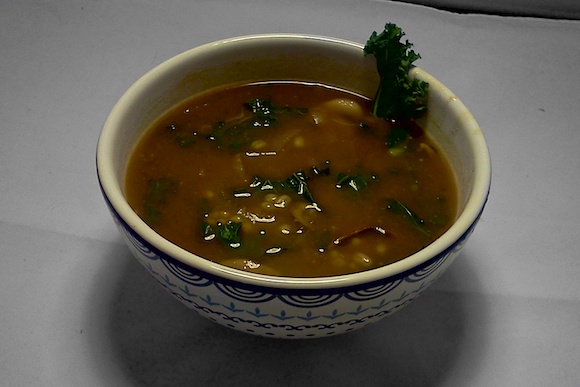