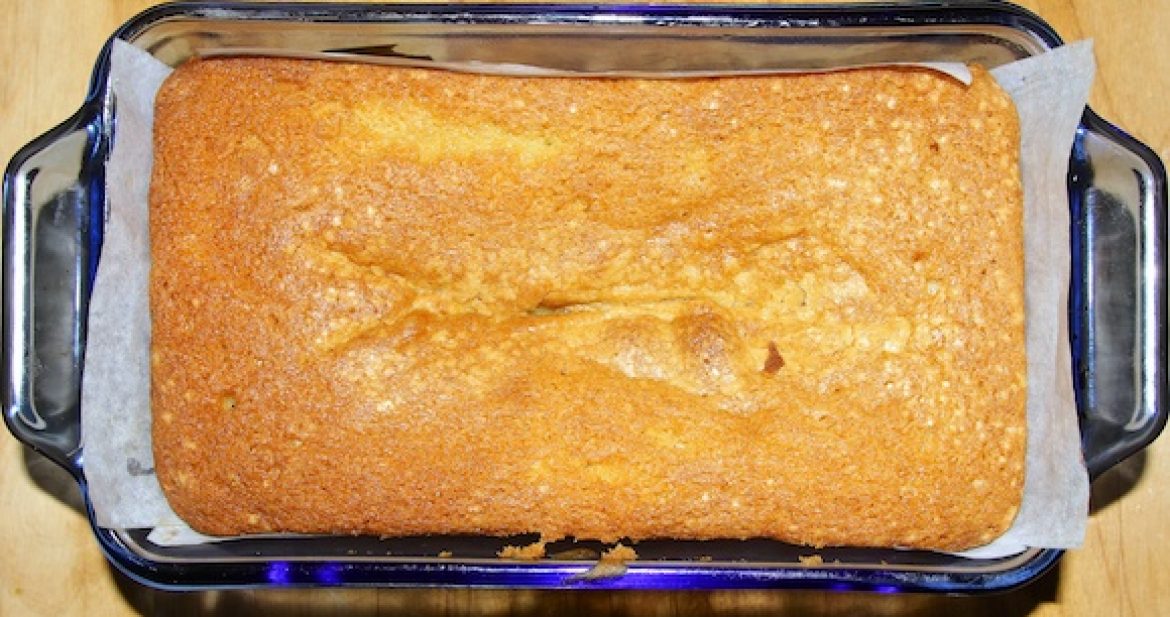 I realize the majority of food blogs I see out there are all about the pretty and successful recipes, but this isn’t one of those posts. This one is about a not-so-successful attempt. As I am still learning the finer points of baking I wanted to use this opportunity to hopefully learn what I might have done wrong. But I also thought it could be nice for people to see the imperfect if for no other reason than to show that it happens to everyone and its a blog after all and not a glossy magazine selling a fantasy life. This is how it happens in reality. And so I present to you my Pound Cake FAIL post.

First some back story. I was invited to a rooftop cookout in celebration of Colombian Independence Day. As seems to happen now, with every event I am invited to, I think ‘hey I should make something’. I’m trying to learn and need practice so why wouldn’t I. So I began to search around the interwebs to see if there was anything at all that has some Colombian relation that I could try to make. I found a lot of ideas of varying degree of difficulty.. i.e. outside my current skill level. I did however find this recipe for Ponqué.. which is just pound cake. I admit it seems barely colombian but I found it on a Colombian cooking blog and the comments were filled with people of Colombian heritage lovingly speaking of eating this all the time growing up.. so to me that counts! ..and I’ve never made one and it seemed like I could actually make it which was a plus. It turns out I was not 100% correct in that.

So I went about following the directions. 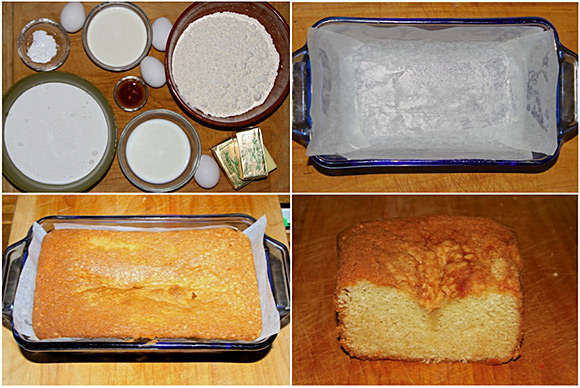 Unfortunately as you can see if the picture above, the final product did not at all look like the one on the site where I got the recipe. Actually let me add a closeup which may help diagnose the issue. 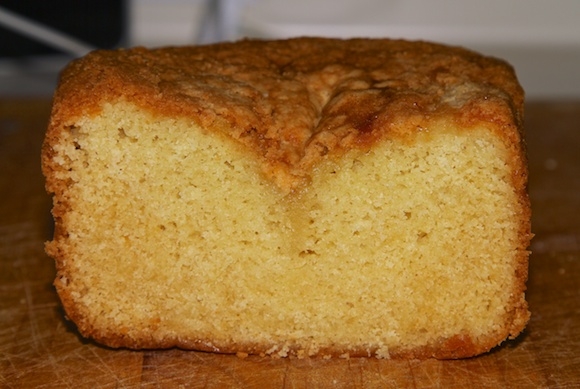 Although the above image seems fairly yellow, in person it was a lot more beige looking and certainly no where near the example’s photo. I don’t know if that was just their pic or if I did something that would affect the color. The main and most obvious issue though is that the cake has fallen in the center. Also I personally think it looks as though the lower down the slice you look, the denser/butterier it looks which also does not match the example’s photo. It all definitely seems related to the rise.

From some conversations I’ve had I am fairly certain the issue comes down to baker error but here are my running theories:

1. The oven was at the wrong temperature or I did not bake it long enough. Given the previous statements about how terrible my oven is, this is real possibility. The top center looks a bit undone so it could be the reason, though I didn’t want it to get much darker and, besides, the center never appeared as though it would rise any more.

2. Perhaps my rising agents were bad, although everything else I have made recently with them have turned out great, so I don’t think that is the case.

3. I did not leave it alone the entire duration to bake. This is the one I am most leaning toward. I was not aware that I was supposed to completely leave this alone for the entire baking time. Is that a thing? Since the recipe mentioned the toothpick check at the end, I treated it like a cake and checked it with the toothpick early and then at intervals.

The reason I am most leaning toward number 3 is due to what I noticed with the second “loaf”. The recipe makes enough for 2 loaves, but I only have 1 loaf pan, so the remaining batter went into a giant ramekin. I think due to the shape the center was cooking a lot slower than the loaf in the photos. Therefore when I “checked” it by jamming a toothpick into it, it was at a much earlier stage. The second I did it I saw it sort of deflate a bit. In the end that one turned out WAY worse. So, in a way, I am thinking I lucked out on the above loaf by ‘ruining’ it later in the process. 🙂

Now, I need to end this post by saying that although it didn’t look like it was supposed to, it ended up being crazy delicious! Unfortunately it was not quite up to my visual standards so I ended up not taking it to the cookout. 🙁

Anyway if anyone out there reading this has any ideas to offer, or has experienced something similar and knows exactly what the issue is, then please comment below and send us a quick email. I would like to try to make it again and get it right this time! 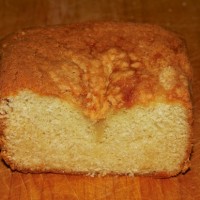