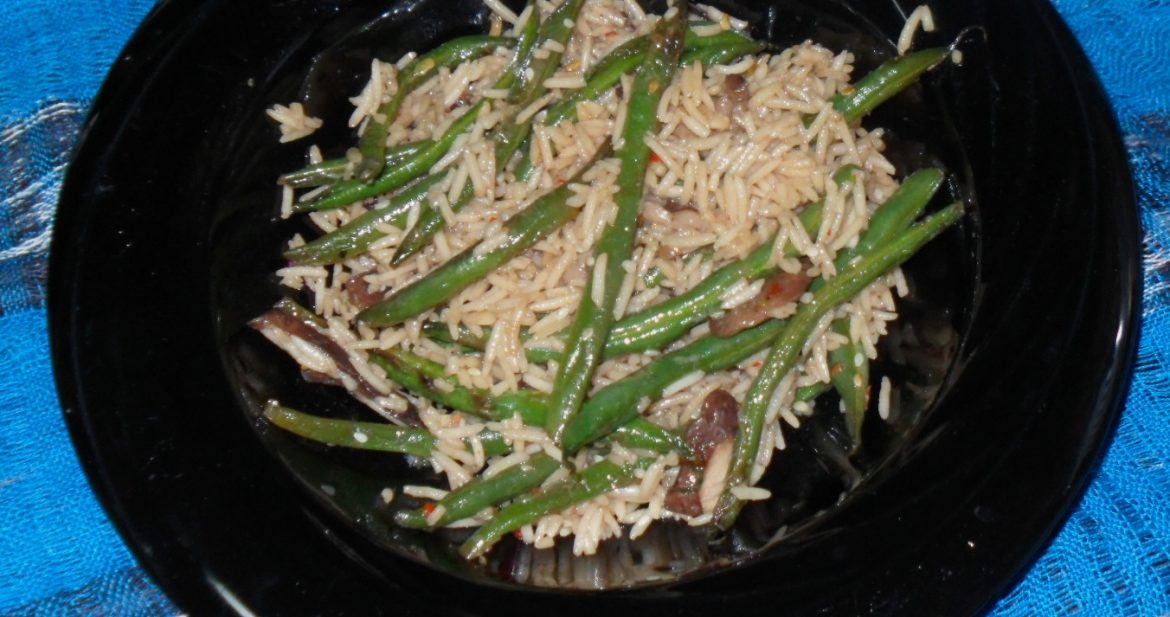 Since M started his diet overhaul 2 months ago, I worried about him becoming one of “those” vegans. You know, very preachy in a sneaky, passive-aggressive way, very down-the-nose… Instead, he has opened up the variety of things he eats in crazy ways that I didn’t anticipate enjoying myself. Some things, like his ugly bean meatballs (beanballs, ha!), will just never win me over. I feel bad about it, but it is what it is. Other things, like this simple veggie stir fry, are easy to love. I really look forward to green beans every holiday (cause I’m too lazy to make them otherwise) and the Szechuan sauce adds a nice twist. The original recipe is from Once Upon a Chef  but this is M’s version, altered to our taste (a little spicy!). Also, we found that the beans required a little more cooking time, so we’ve edited that from the original, as well. By slipping in an acceptable vegan dish like this every now and then, he’s getting me to rethink vegan food. Tofu? No. Facon? Nooo. Rice cheese? Oh Hell, no. Basic veggies cooked in a very flavorful way? Well, ok.

We used Carolina Basmati Rice because that’s what we had in the house. When the rice got mixed in with the sauce and took on that flavor, it was fantastic! It was just as good the next day reheated in the microwave for lunch. The amount of food this recipe makes can serve 4 if used as a side dish, or 2 if used as the main dish. It’s very filling and works just fine on its own, no meat necessary. The mushrooms have a meaty texture, but the flavor only of the sauce. We like this one so much, he’s made it 3 times in 2 weeks! He changes it up sometimes by using broccoli instead of green beans. If I were making it, I would add cashews and maybe water chestnuts. I like them waaaay more than he does. Way more than most people do, probably. With Earth Day fast approaching, it’s usually around now that I remember my previous year’s promise to eat healthily, locally, organically, whatever. Now that farmer’s market season is starting, dishes like this will be super easy to assemble in a jiffy.

And I won’t have any excuse not to make them.