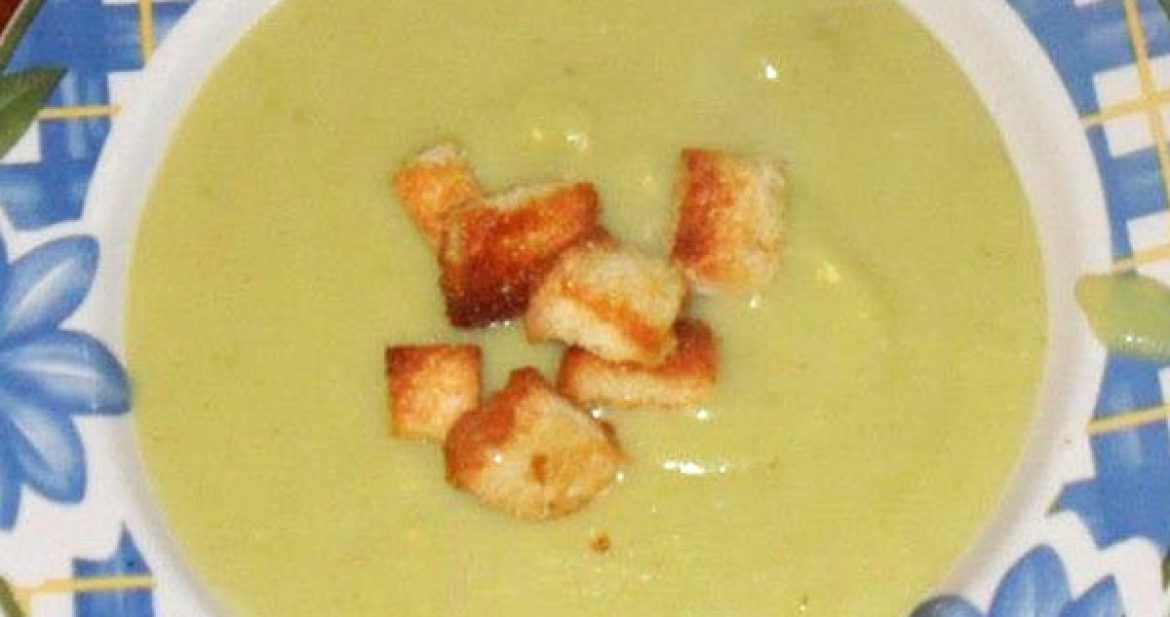 One day, M asked me if I liked leeks. I had no idea. Would I eat a soup made with them, garlic, and potatoes? Well, sure. And thus, this winter’s love affair with soup began. This recipe is based on Jaques Pepin’s Garlic Soup , but we modified it a bit to our taste. Though he calls it garlic soup and there is a TON of garlic in it, the taste is really NOT overpowering. Do not be timid with the garlic! I call it potato and leek soup. We used a  Cuisinart Smart Stick for the blending, and it worked great! You can also put the cooked veggies in a food processor for the same result. Ours came out a bit more green than his (we used a little more of the green part of the leeks), but it was still fragrant, creamy, and delicious. It serves 6-8 people and takes around 45 minutes to an hour to make with all the prep.

Who knew how easy and superior-tasting homemade croutons were???

1. Jaques’ method: Heat 2 tablespoons of oil in a large skillet, add the bread cubes and sauté, stirring almost continuously, until they are evenly browned on all sides, remove with a slotted spoon, and set aside.

2. The M method: Toss bread cubes with olive oil (and herbs if desired), lay out on a baking sheet, bake at 400 degrees for a few minutes- keep an eye on them and remove pan when they start to brown. They can cool directly on the pan (and it keeps them crunchy).