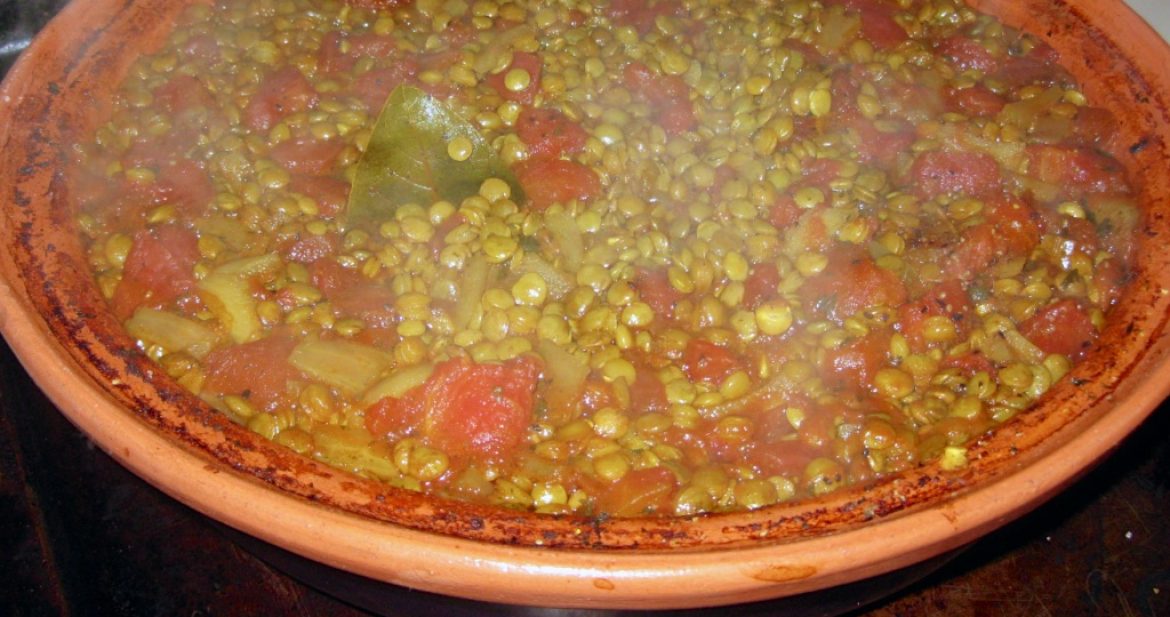 After somewhat long seasoning process, I finally had the chance to test out my beautiful new Le Souk tagine!

For the first meal, I tried out a recipe for Lentil Tagine Gazelle D’or, with a few added touches, like bay leaf and a little cumin and turmeric.   I put the tagine in the over at 300F, and just let it go for about an hour.  I checked on it, stirred the lentil mixture, and let it cook for a few more minutes, then removed the tagine from the oven and let it sit on the stove top for about 10 minutes.  The results were WAY better than I expected:

Incredibly tasty and super easy to prepare!  Now that the trial run with tagine cooking has proven to be a success, I am curious to see how the tagine will work for cooking things like stew and paella.  Experiments await!