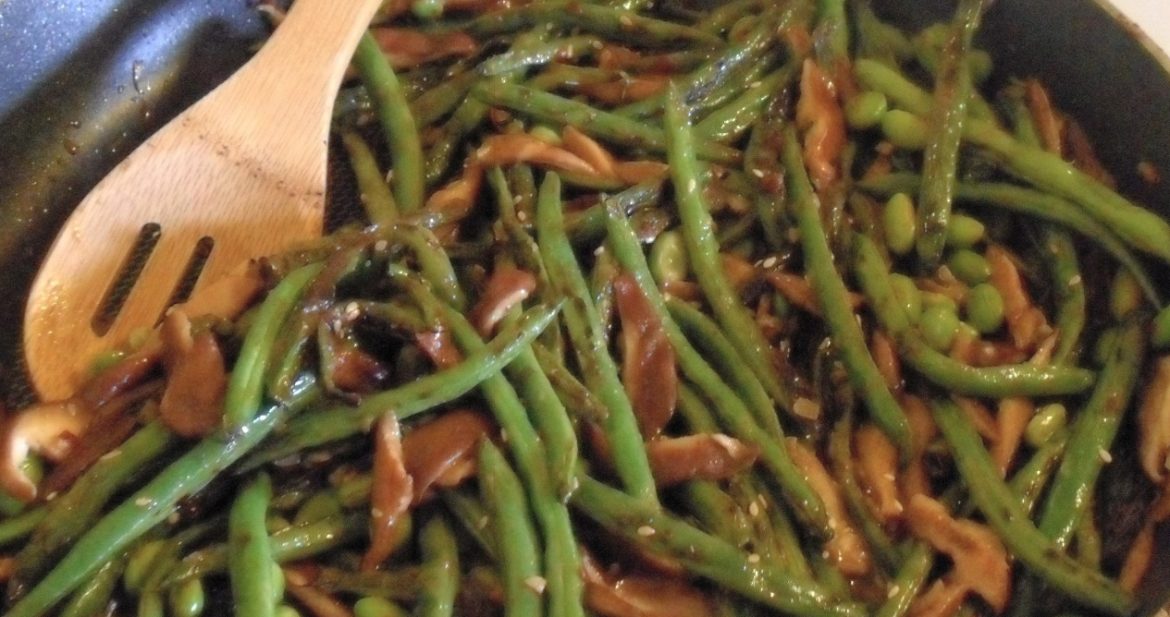 With our Green Bean and Mushroom Stir Fry post from the other week, we found a real winner. The original recipe was very good, but the little tweaks M keeps making improve it immensely.  He has experimented with broccoli and seitan (wheat gluten), but I missed that one.Today’s update is the same recipe as before, but with an added a cup of edamame. Also, instead of the suggested sugar in the recipe for the sauce, M used Wholesome Sweeteners Organic Blue Agave.

“Organic Blue Agave is a low glycemic sweetener that is slowly absorbed by the body, preventing spikes in blood sugar. Now Fairtrade Certified, guaranteeing farmers are paid a fair price for their agave plants, have good working conditions, and use sustainable farming practices. 25% sweeter than sugar…”

It’s almost like there are too many things to be smug about in those few sentences. I won’t harp on it too much since they are all very good for you (and for farmers in Mexico, apparently). I had never tried it before, but the sauce was a little tastier than last time, with sweetness hitting your mouth first, then the short blast of spice jumping in for the last few chews. We plated the whole thing over the same Basmati rice and had a great Sunday lunch in our robes.

So good, I had to write home about it! 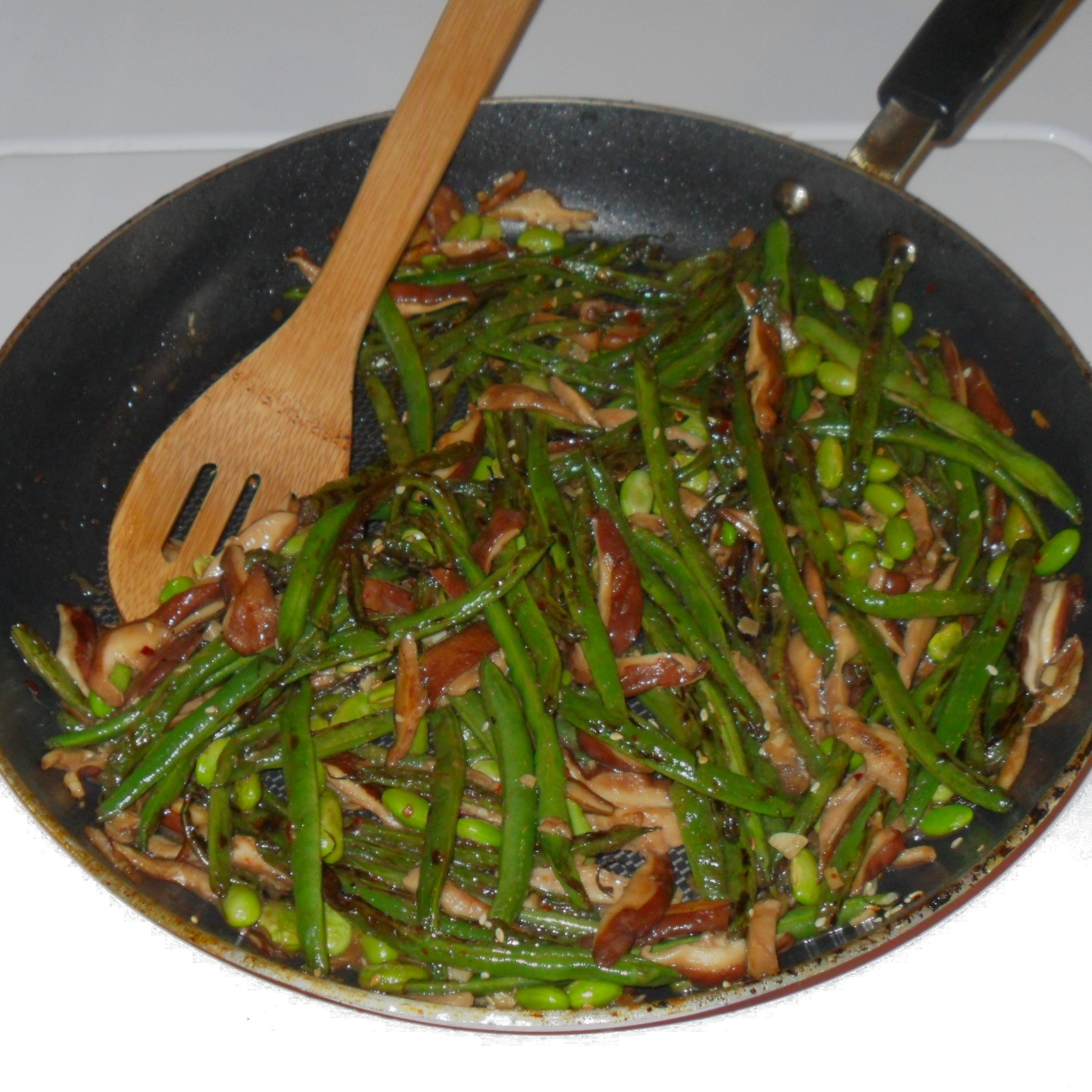 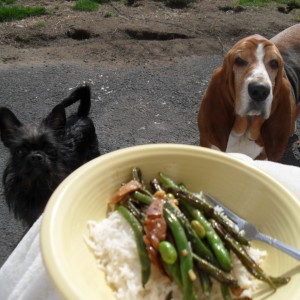