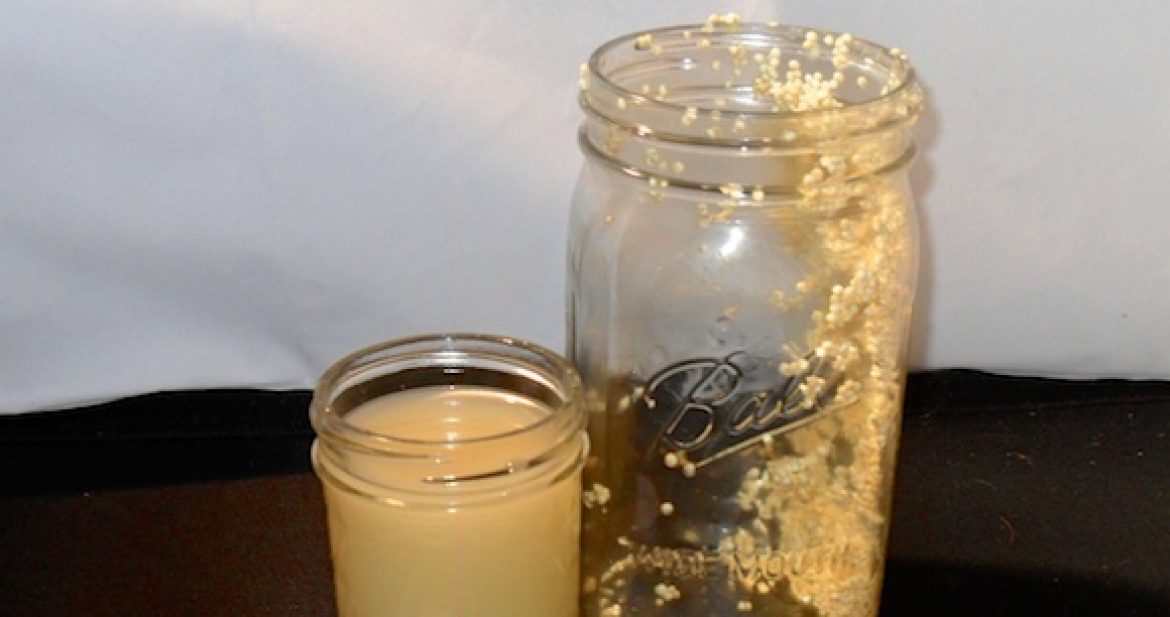 Mel here. Since M has been experimenting with making his own vegan cheeses, it was time to document the process, warts and all. The path to the perfect vegan cheese is built with many steps that take days to climb. Below is Step 1 (“Making Rejuvelac”) of a very involved, but rewarding process. Ladies and gentlemen, M’s vegan cheese manifesto:

I am M, “M” is for mystery. What the hell is Rejuvelac and what could it possibly make? Well over the next few posts we will figure out that specific mystery.

I’ve been messing about with veganism for a time with much success, however I did find my pitfall: Cheese. Oh, there are replacements out there for those not faint of heart, but they left me feeling cheated. They all had a somewhat cheese-ish consistency to them (though some border on gelatinous), yet they always failed in sharpness. None have been able to recreate the mouth and bite that a good cheese has. Why?  Its simple. One word says it all… Bacteria. That’s it. The one thing that all the finest cheese-mongers of the world are secretly hiding and cultivating. Bacteria!

In my search I stumbled across Miyoko Schinner’s Artisan Vegan Cheese. Heavily lauded on Amazon, I picked up the ebook version. And I learned the following; the reason that all vegan cheeses falter (yes, even you, Daiya) is that they lack live bacterial cultures. It’s what makes cheese more than just meat protein and fat.  Miyoko found the way around that by applying live bacterial cultures to other sources of protein and fat. Hence, vegan cheese.

We’ll be doing a couple of posts that correspond to her book. The first thing that needs addressing is the key to many of them: Rejuvelac. Rejuvelac is quite simply defined as a fermented probiotic beverage. Making it is the first step to achieving true sharpness and bite for many of the vegan cheese recipes in her book. It’s very difficult to find for sale online, however its so simple to make.

The biggest problem I had was choosing which grain to use. I first tried brown rice, but wound up with grey moldy mason jars. After some searching I stumbled across theppk.com (The post punk kitchen forum had a lively discussion about the book and included a great deal of feedback from Miyoko herself). After a good deal of reading I tried the best sounding method and used simple quinoa for my next attempt. What a difference!  The lemony tartness Miyoko describes, and its effect on simple ground cashews, is astonishing. The recipe is almost directly out of the book but with only the slightest of addendums. 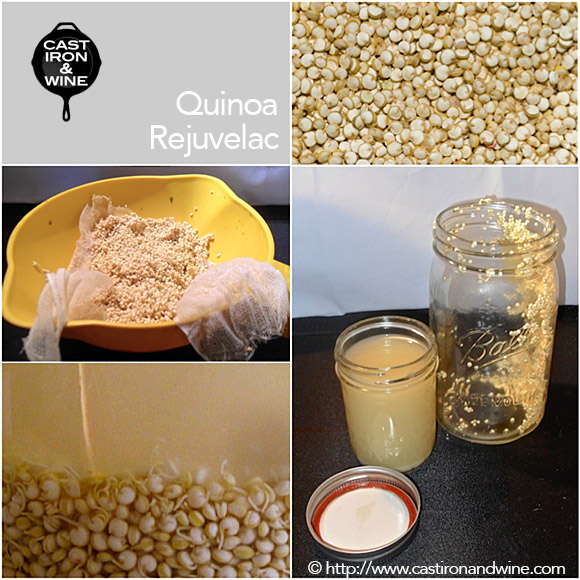 Conquering vegan bs, one cheese at a time… 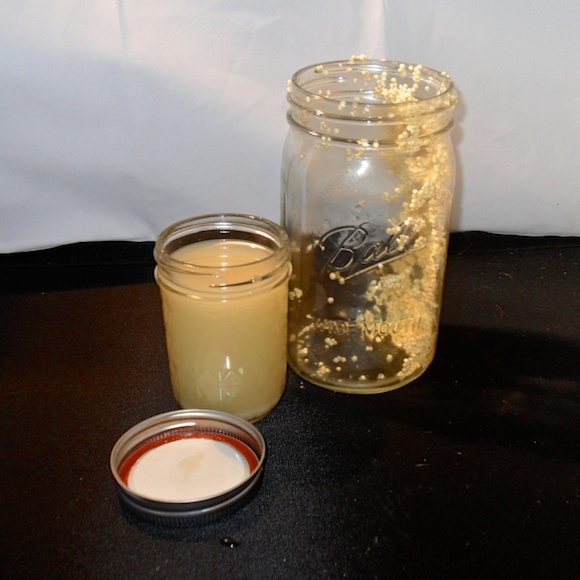