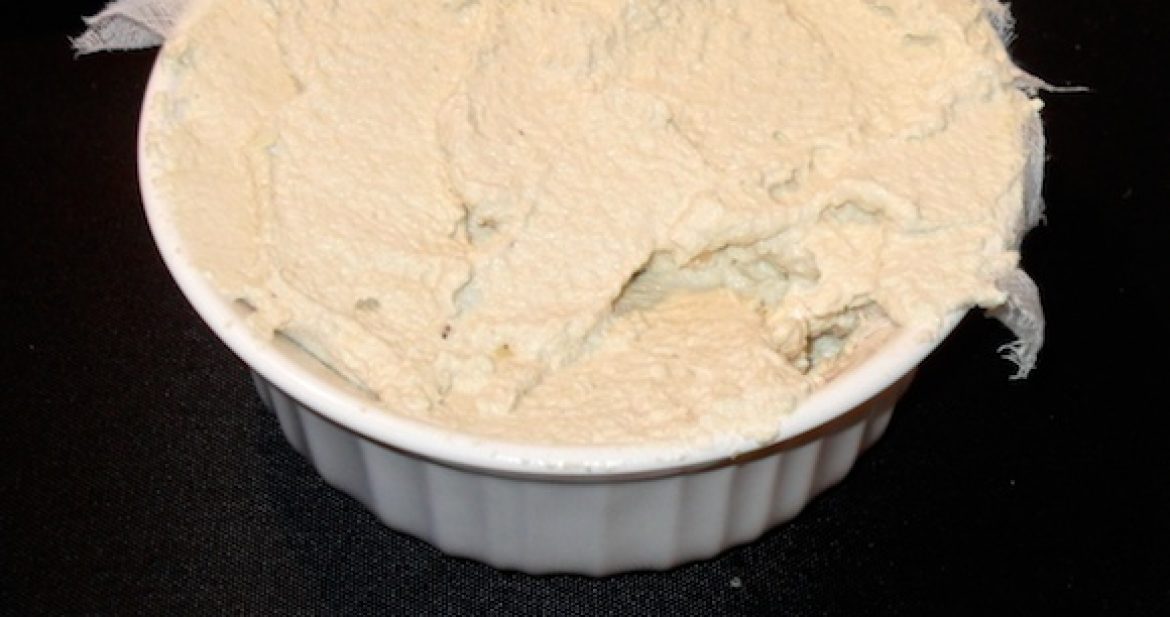 Brie…Brie was a challenge, one that I never completed to be honest, but the concept of this “cheese” is what first got me running down this rabbit hole in the first place. This is the one that taught me the most about the whole process, lessons I would apply to future cheese endeavors.  Pub Cheddar, Meltable Mozzarella and others were there to tempt me a bit, but Brie? If Miyoko could come anywhere near to this placeholder of obsequious indulgence in a vegan form, then I had to try to make it. I made 2 passes at Brie, getting better each time and learning multitudes for the other cheeses in this hunt.

This was my first attempt at a vegan cheese and it shows in pictures.  First try did not go so well. The second was very tasty, yet the texture was still off.  There was no rind to speak of (I’m learning that only a few of these will ever develop one), only a large mass of scrapable tart Euro cheese-like product.

Creating this cheese is a 2-part process.  First we have to make a basic cashew cheese and second we must flavor the cashew cheese.

Making basic cashew cheese couldn’t be easier: Soak cashews till soft then blend with rejuvelac and salt, wait.  That’s it, nothing to it.  The second part is where I made my of all my mistakes.

In the first try the brie came out very bland and kind of grainy. I’m attributing this to the first time run with rejuvelac and the fact that I did not process the cashews enough.  I also never used the peppercorns that Miyoko lists as being optional. (The thought of accidentally biting into a hard peppercorn is enough to make me wince).

The second attempt tasted much much closer to the real thing but had the texture of Land-O-Lakes butter, not really soft and creamy but more solid and flaky.  I know where I went wrong with this.  The jar of refined coconut oil I had purchased contained 14 oz., which equals 1.75 cups, just 2 oz. shy for a proper second batch.  Had I used the full cup of coconut oil, 8 oz, it would have come out a great deal closer to the real deal.  I served this to a visiting vegetarian friend whom promptly ate almost the  entire thing, so I’m counting this as a win.

In a few weeks we’ll be trying out a similar cheese of  Miyoko’s, Air-dried Camembert, that is done using our homemade yogurt from the second post in this series.