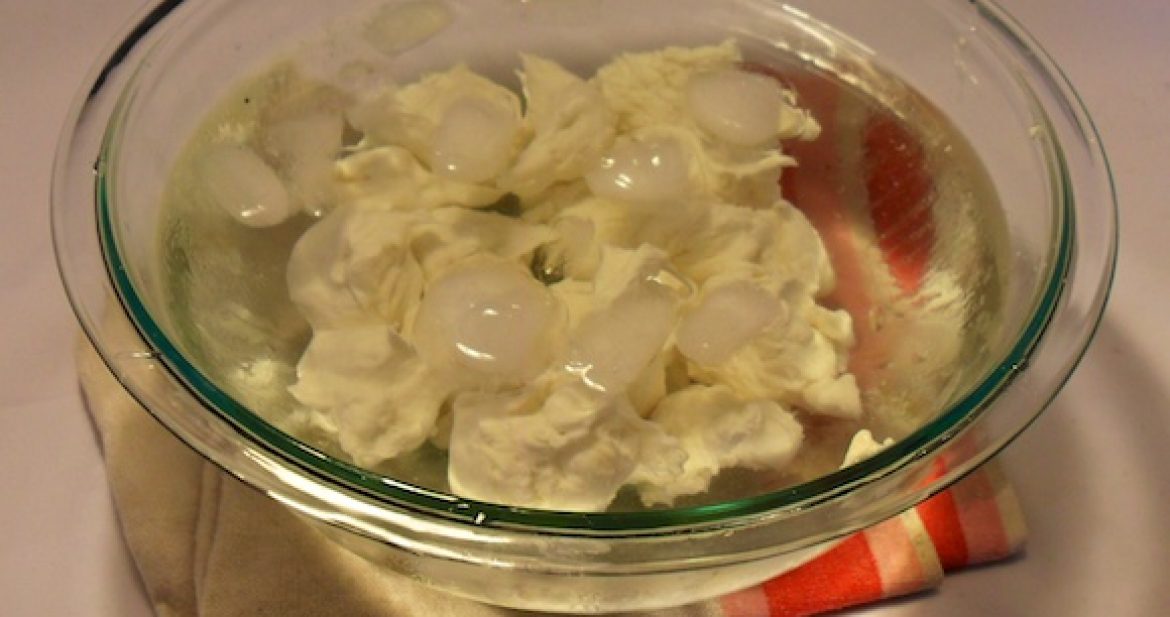 Everyone knows mozzarella, or as my mom used to call it, “the good stuff.” It’s the stretchy white substance that fills our batter-dipped (and aptly- named) mozzarella sticks, that’s mixed with fresh tomatoes and basil for Caprese salads, and that has held together all the horrifying pizza-like monstrosities we’ve all eaten over the years.

Traditionally mozzarella (taken from the Italian verb mozzare, which means to cut) is made from buffalo’s milk and is still made this way in Italy. Most of what we find in grocery stores is derived from cow’s milk however. We vegans are no different in our unabashed adulterations that we have tried to pass off as mozzarella. Some can get close to the taste but fail miserably at melting, others are able to melt but are vastly off in the flavor department. But Miyoko seems to have found the happy medium. The book includes 2 different recipes for mozzarella, one meant to be more like fresh mozzarella in texture (perfect for the aforementioned Caprese salad) and the other for more melting purposes. Being a homemade pizza lover, I opted for the meltable mozzarella and it did not disappoint. I did not think that I would taste something that I would immediately note “tasted dairy”. The flavor was damn close to the real thing, creamy and delicious. The texture was a little “looser” than I was expecting (thankfully not rubbery, though), but it melted magnificently while retaining all that flavor, and even had the classic cheesey stretch (thanks to the tiny bit of xanthan gum) that we equate with good pizza.

** Side Note on Carageenan**

There seems to be a lot of questions surrounding this powder, so let me just take a minute to address them. There are 3 forms of Carageenan found for sale: Kappa, Iota, and Lambda, all derived from red sea algae. The kind that we require is Kappa Carageenan. There also seems to be quite a bit of variation in quality from one vendor to the next. While getting ready to start this project, I initially bought some from Willpowder off of Amazon which had an off white appearance and the smell of it reminded me of the ocean or beach shells (so I decided not to use it). I had read that others found a slightly fishy taste in the cheeses’ they made with it so I opted to buy another brand instead. The second was from Molecule-R contained no such odor and the color was a pure white instead. I did not use both so I can’t make any statements about if the Willpowder brand would have incurred a different taste or smell in the final product, if any.

Next week, Vegan Pub Cheddar! Prepare your taste buds to be surprised!