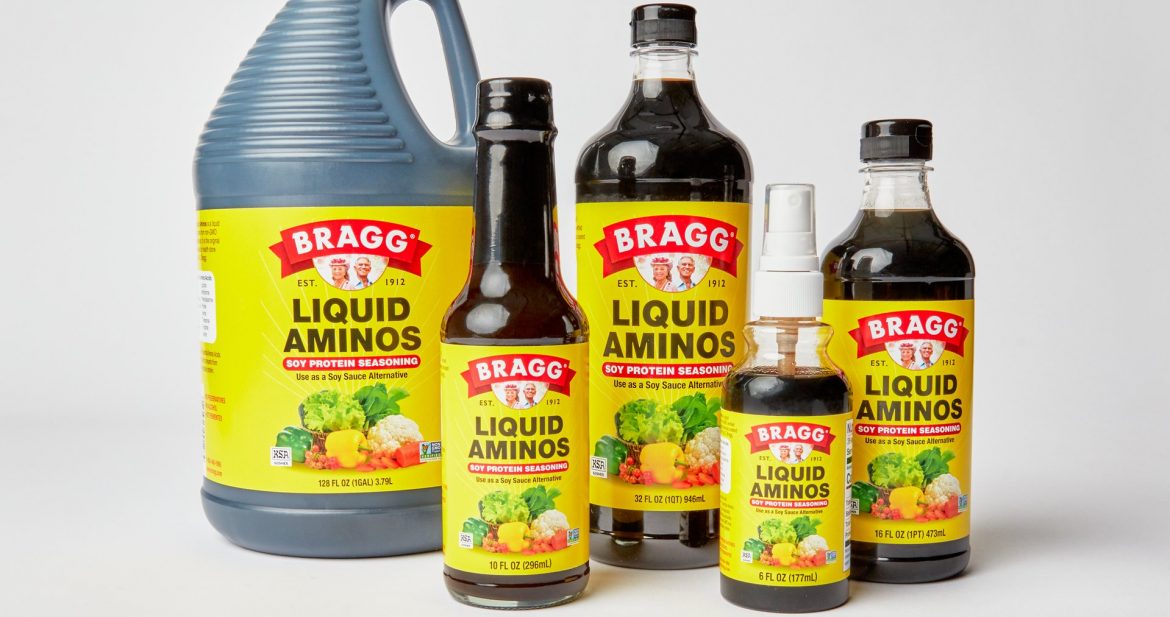 Since I have already mentioned liquid aminos in several of my posts (Chicken and Vegetable Bake, Gluten Free Mushroom Gravy, Cast Iron Jambalaya), it seems like a good idea to explain liquid aminos to any readers who might not have heard of this product yet.

Basically, “liquid aminos” are watered down soy sauce without wheat (for some reason, lots of soy sauces have wheat in them.)  From my experience, it is a decent gluten free substitute for soy sauce or Worcestershire sauce, as far as savory flavor is concerned.  Liquid aminos don’t have the texture or thickness of Worcestershire, but they do have a slightly salty, slightly fermented taste.   The aminos kick up the flavor of many foods.

In researching this post, however, I discovered that there is a lot of controversy about Bragg’s Liquid Aminos, the brand I typically use.   Some people seem to think it is super-healthy and can add protein and nutrients to the diet; others maintain liquid aminos are loaded with MSG and cause all sorts of  problems for sensitive people.  I haven’t had any issues myself, and I use it frequently, as a seasoning and in salad dressing.  I had no expectations about the alleged health benefits when I started using liquid aminos, though.  At any rate, here are some of the varying opinions: