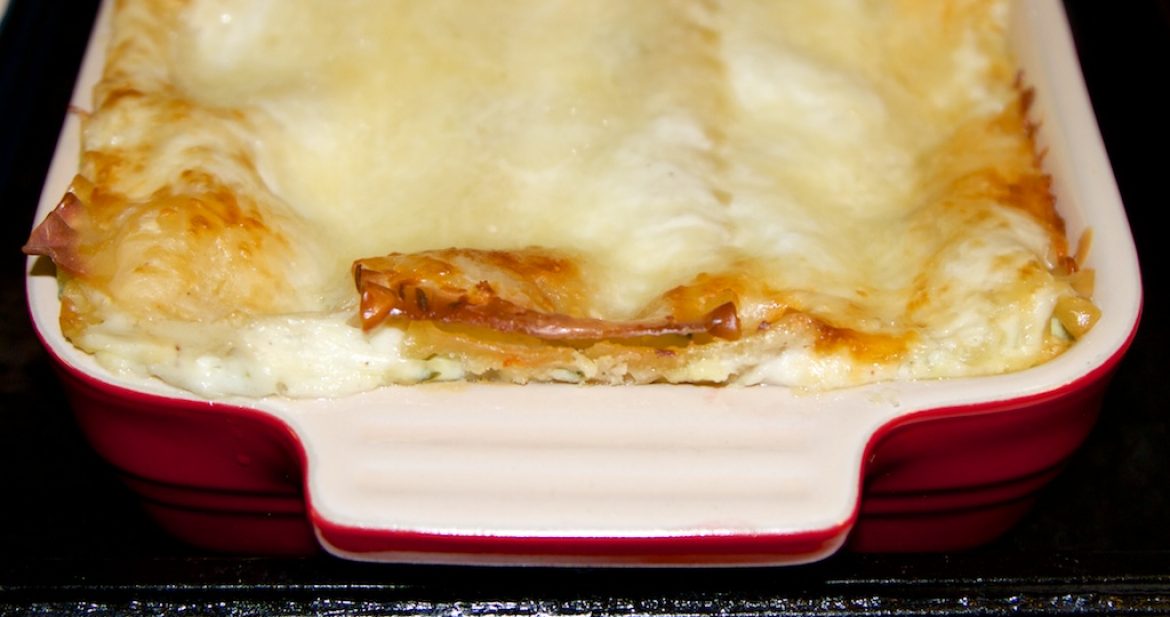 As promised in the intro post last week, we start this week with the White Lasagne with spinach, ricotta and fontina.

Ok I am lying about the fontina cheese. I really wanted to use it because it really is an amazing melting cheese with a great flavor, but unfortunately I was unable to find any, or at least any quantity of it that wouldn’t cost a fortune. In reality I actually used an “italian blend” of cheeses, the exact types of which included I actually do not remember and apparently forgot to write down, but it doesn’t exactly matter so much what cheese you use as long as its a good melting cheese.

I also decided to use the no boil lasagne noodles which was a first time for me. It certainly was WAY easier, but I am not certain if they added to my feelings that this lasagne ended up seeming a little on the dry side. Conceptually it seems like the noodles would need to absorb liquid in the cooking process so I imagine its possible, but I also know there were other reasons that were more likely, which I will explain at the end. In any case, I would definitely rather adjust a recipe than cook and untangle normal lasagne noodles.

So, on to the steps.

First thing I did was make a batch of Béchamel sauce. I did a post of a few weeks ago. Refer to that recipe here.

Then I chopped up all the spinach using the Ulu. I used baby spinach that I actually took from the salad bar where I work. The leftovers get thrown away which I hate to see happen so I have been known to do a bit of grocery shopping to save some money. If you use frozen spinach or even just wash the spinach you buy at the store, make sure to spin or squeeze out as much of the water as possible. 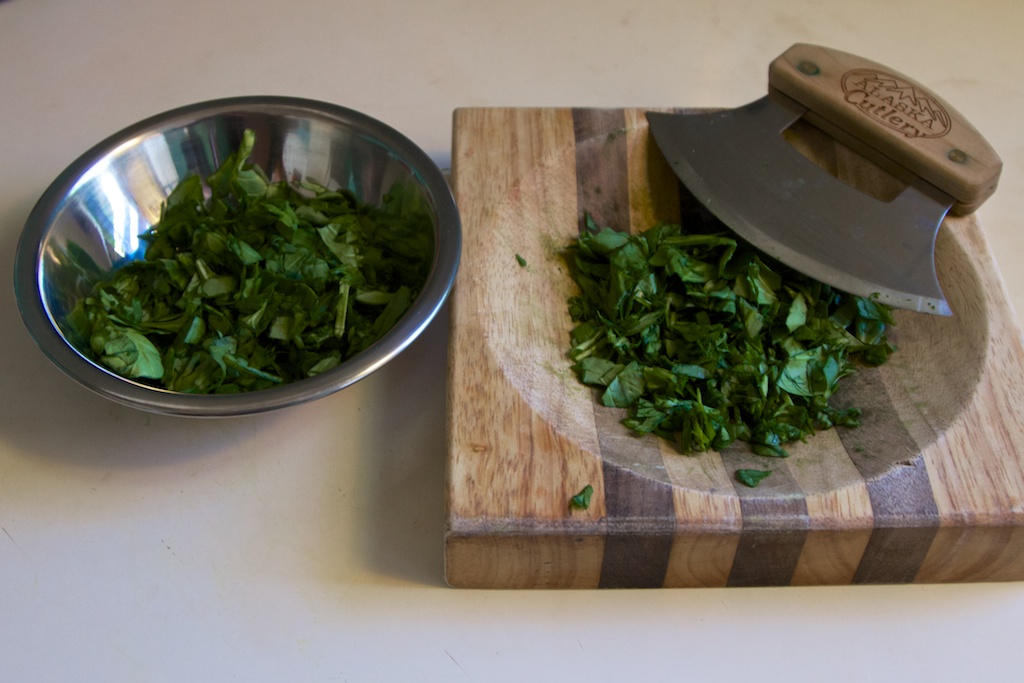 Once the spinach was all chopped up it was added to a bowl containing the ricotta cheese, an egg and some of the grated cheese and mixed well. 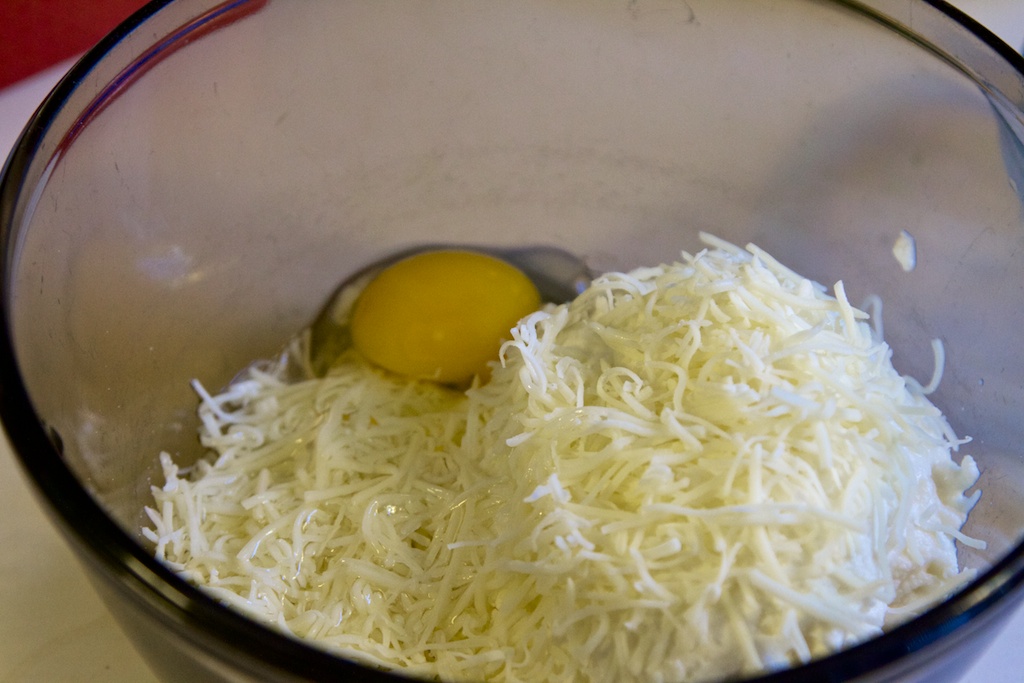 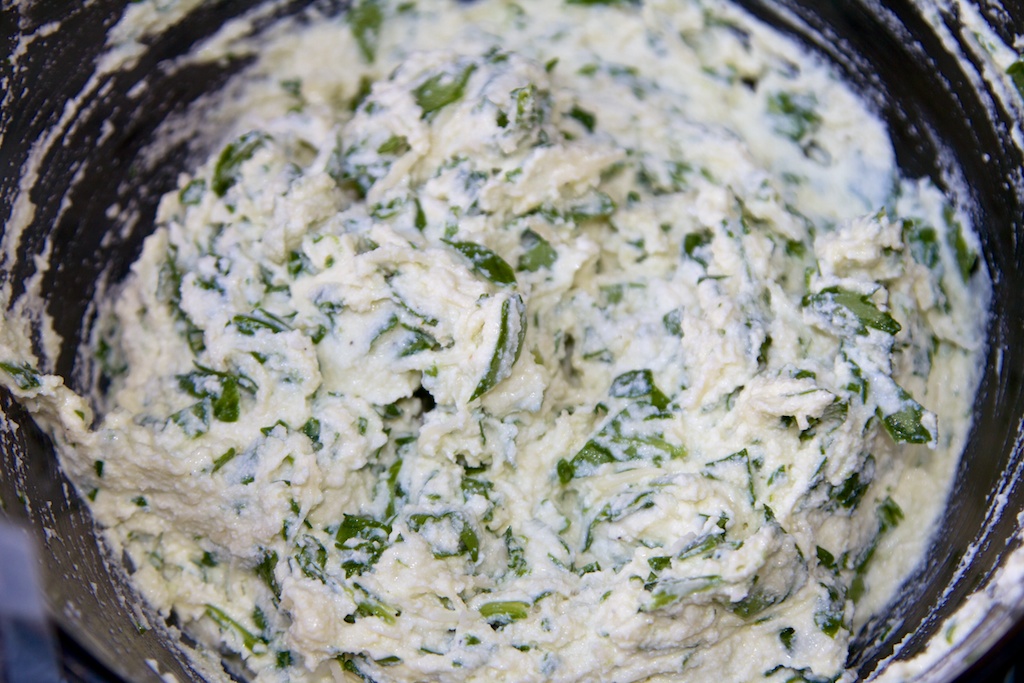 At this point we have everything we need to begin to assemble the lasagne.

Once its done being assembled pop it in the oven and bake it until all those delicious layers melt together into something amazing. 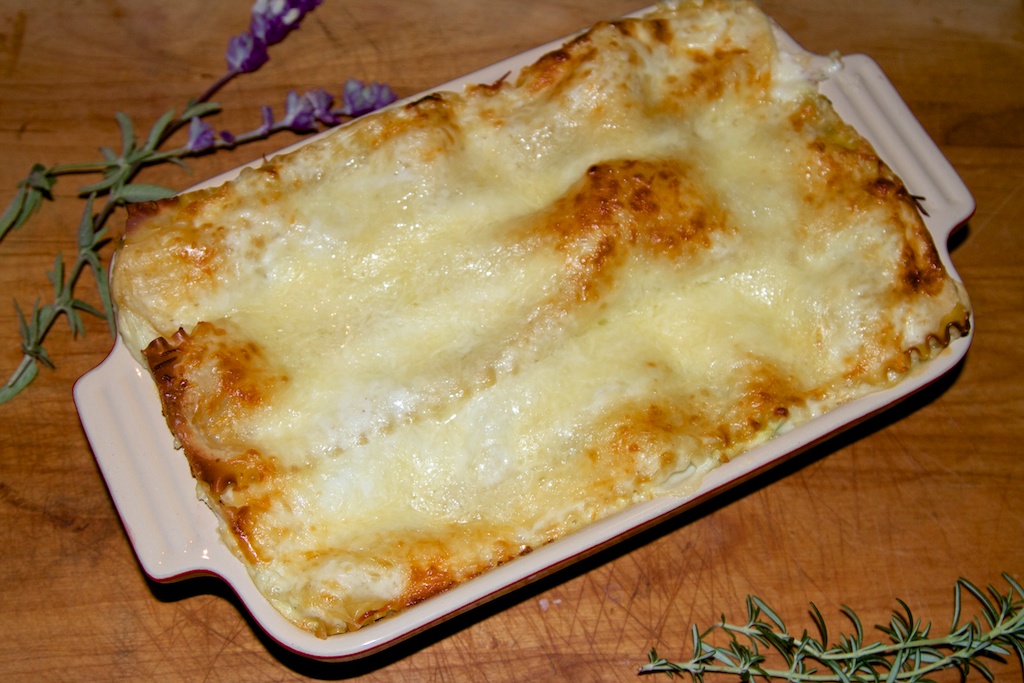 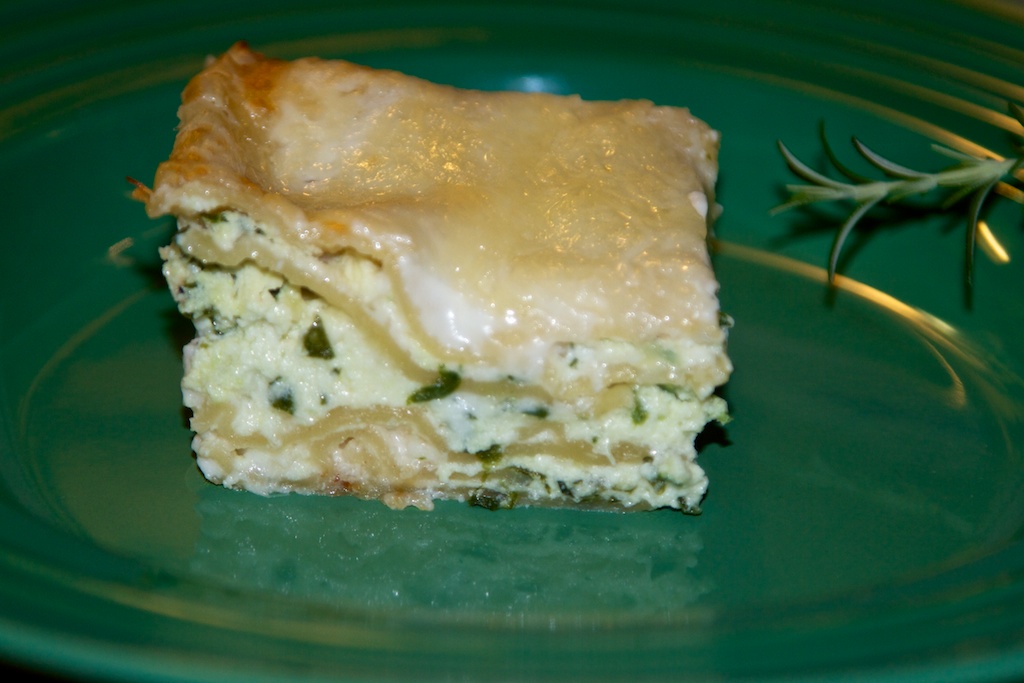 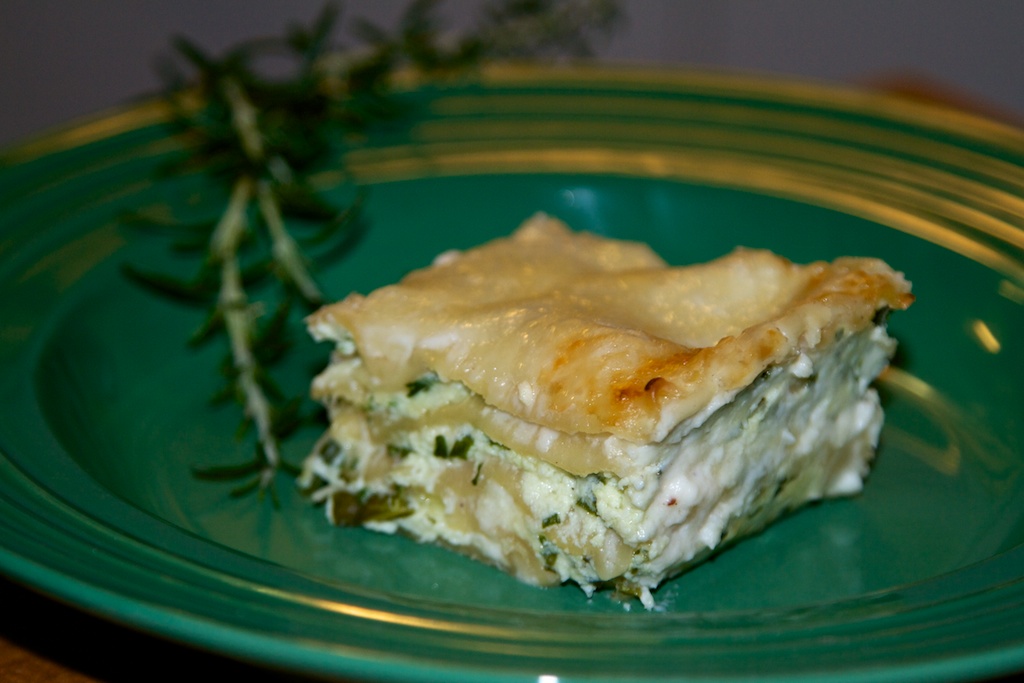 As I mentioned above I felt like this came out a little on the dry side. As I posited above, it could have something to do with the the no-boil noodles though I have no idea if that is true. I think mainly my issue was that I was making 2 trays and I split the one batch of béchamel and the cheese between them, which I should have scaled up since I was making essentially what comes out in the end to be more than what a standard size lasagne pan would be. Therefore I would advise that you use an entire batch of béchamel and all the cheese for one standard lasagne pan. The recipe below will reflect proper measurements which should make yours turn out even better.

I also think it would have turned out even creamier had I actually used fontina cheese, but I have to say even as is, it was super delicious! This recipe is very forgiving and you can alter it in any way you like.

I guarantee you will not be disappointed!

White Lasagne with Spinach and Ricotta 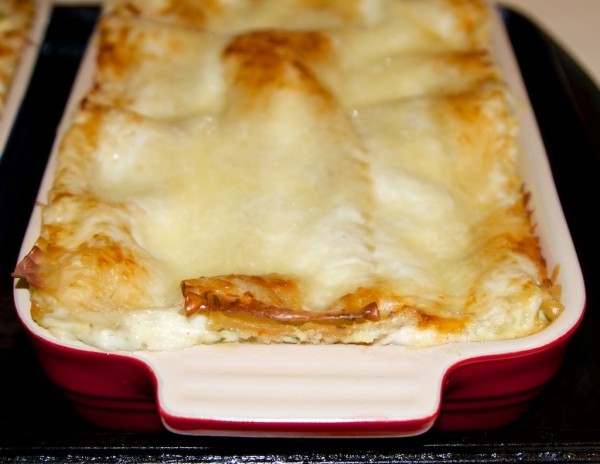