I think I’m going to start what could become a new feature on here called “Found on the web” where I highlight cool stuff I randomly stumble across while I surfing around the tubes, though obviously only the stuff related to the topic of this blog. So no worries about weird cat pics or anything. 🙂

My only concern about doing this was how to do them without being all ‘advertisement’ about it (though I’m sure none of them would mind some free advertising). Its not like I own any of these products (yet?) but they intrigue me for one reason or another, oftentimes the photography makes me take a look. I guess I’ll just take it as it goes and see how they come out.

While poking around the twitter-verse this week, I came upon the following image: 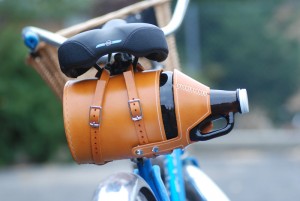 Frankly, the idea is genius especially for town cyclers. Its pretty gorgeous to boot. I’m not much of a beer drinker myself, but most of my friends are craft beer fanatics and something like this would definitely be right up their alley.

I am a big fan of artisan goods and of biking as transport so it hits all the notes. Not being the beer guy it never really occurred to me how much of an issue biking while transporting a solid amount of beer could be. So, for me, this falls into the ‘solution to a problem I didn’t know I had’ pile, but I can think of a ton of people for which this is almost a must need. Anything to help facilitate one less car trip is a great thing, so popping over to the local brewpub with this baby I can imagine being incredibly useful.

Its made by a company called Meriwether of Montana. After checking out their site I am kinda obsessed with everything they make. And that lead to the ‘way more me’ version of the above: 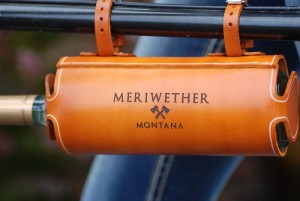 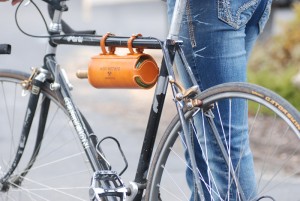 Now THAT I can see using while I bike my way to picnicking at the Pier concerts in Santa Monica all summer long! It even has a pocket with a corkscrew in it! Gorgeous.

I also really love their 6 pack, wine and growler carrier boxes. You should definitely check our their stuff. I could make a serious dent in my wallet there.

Also, in a very similar vein, I also ran across this product: 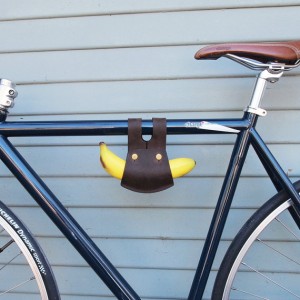 Admittedly I initially found it more funny than anything. It seemed incredibly specific in it usage. Maybe not liking bananas had something to do with it as that is its singular point. But after looking at the site, and remembering all the long bike rides I’ve taken where I have forgotten to take any kind of snack for the return fuel, it started to make a lot more sense. Especially if you are the kind of person who likes to keep things all natural. And the design of it, for its purpose, is pretty dope. Its made by Biken.

Their small messenger bag really has my attention right now. I always take a camera on my rides (on top of keys, wallet etc) and normally use a pretty crap satchel to carry everything, which is definitely not made for that purpose. This could be the answer. The hoodies with the leather patches and pocket are pretty sexy too. check them out.

Lastly, to complete what is apparently a theme on alcohol and biking (lol, be safe kids), I came across these from a place called Walnut Studiolo: 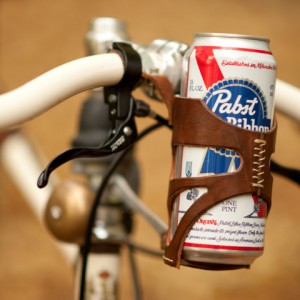 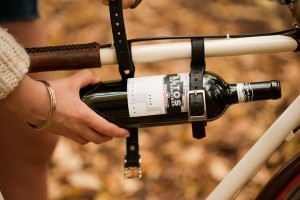 The bottle straps are similar to the above bottle holder concept, less protective but way more versatile as you can carry bundles of anything that will fit it and the bike. Looks like they are discontinued which is sad, but hey they are on sale because of that, so a small consolation there.. they have another strap that can hold a six pack carton (among other things). Versatility seems to be their thing. Everything is handmade and the craftsmanship looks beautiful.

The can cage is awesome/crazy. The design is beautiful. It screams San Francisco or Portland to me (well west coast in general). Given that they are from Oregon that totally makes sense.  They also have a reusable 6-pack caddy that is pretty sweet looking. Check em all out at their site.

*all images belong to their the respective companies and link directly to the products.