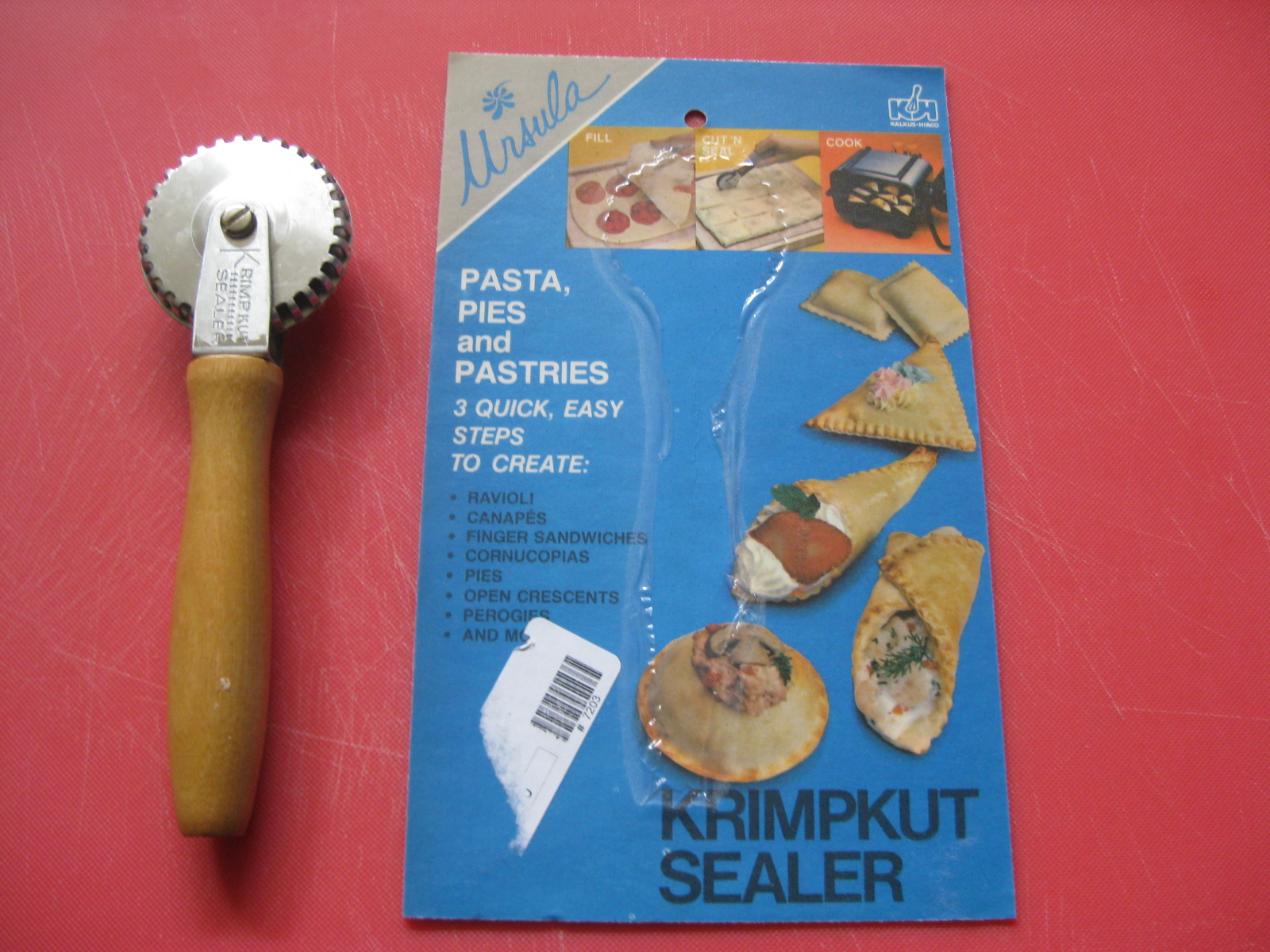 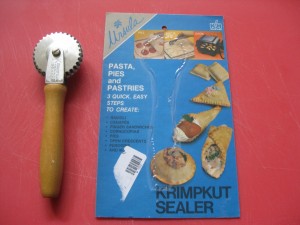 I REALLY wanted to like the Krimpkut Sealer pastry wheel.  Everything about it was charming: the retro graphics on the package; the seemingly solid design and construction; the promise of exponentially more pierogi, ravioli, and dumplings in a fraction of the time.  I even love that it is officially called “Ursula Krimpcut Sealer”, and keep imaging a sturdy grandma named Ursula using a similar tool while cooking for a festival.  But alas, the Krimpcut Sealer did not live up to my filled-pasta fantasy.

Although it worked okay the first few times I rolled it across the dough, the Krimpkut Sealer seemed to keep getting jammed up with bits of dough.  After having to take it apart and clean it out several times, I finally gave up.  Perhaps there was a problem with the pasta dough being too sticky, and maybe the Krimpkut Sealer would work better with pastry dough, but I have given up trying to use it, and now it acts as kitschy kitchen decor. 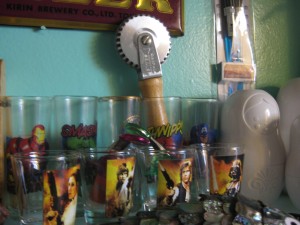