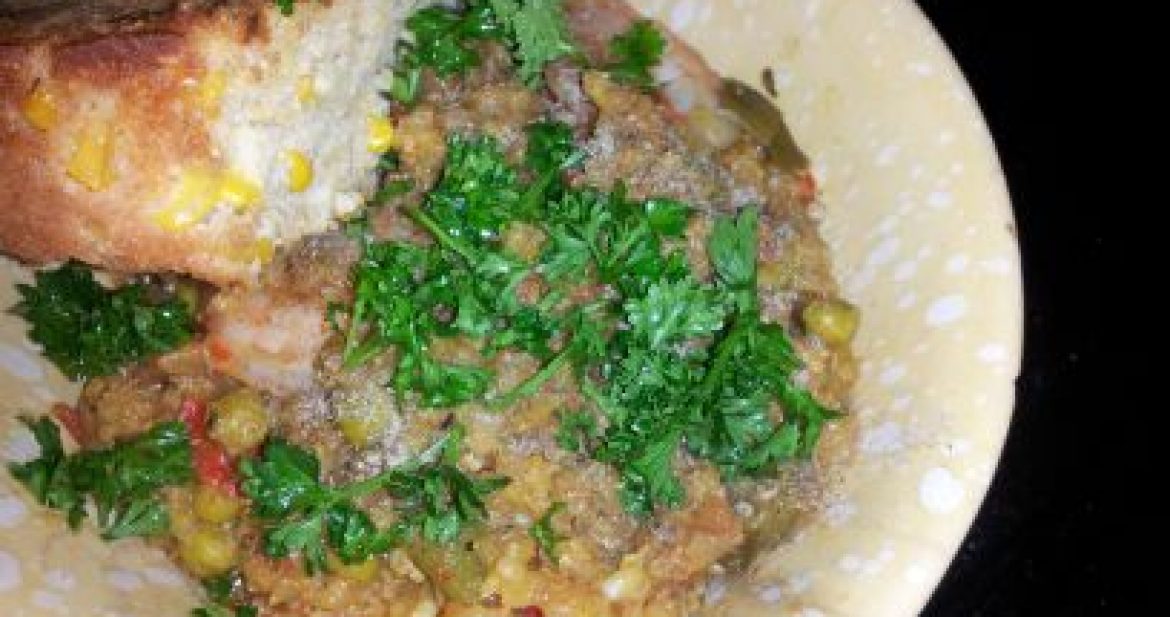 Full disclosure:  I  started eating jambalaya and gumbo about two decades ago, but I am still somewhat confused by the difference. That confusion is compounded by the fact that they have a lot of similar ingredients, and some recipes use gumbo file on jambalaya.  From what I can gather, the rice is served on the side with gumbo and simmered in the broth until cooked with jambalaya.  If this is incorrect, please feel free to inform me.  I am not even kidding….B walked in last night, looked at my concoction and exclaimed, “Ooh etouffee!!” 😐  All that said, I love that both jambalaya and gumbo have a spicy flavorful mix of sausage, seafood, and rice.  Just thinking about it makes me drool.  So, after much debate over whether I should use my tagine or cast iron skillet, I settled on the skillet and started cooking.

I used the following recipes as a reference for my attempt at jambalaya:

Since I was on a budget and trying to use what I already had on hand, I made quite a few substitutions.  Maybe not traditional, but we still enjoyed it.  I used bacon instead of ham, liquid aminos instead of Worcestershire sauce, sausage crumbles instead of Andouille, Arborio rice instead of white, and added frozen okra and peas because I wanted some more veggies.  In tribute to Justin Wilson aka The Cajun Chef, I  also added splash of white wine while it was cooking.  To complete the meal, I served with homemade cornbread.  Although we ate later than expected, and I had to put the jambalaya in the oven for a while, it seemed to cook up just fine.   A nice, warming dinner for a cool March evening!