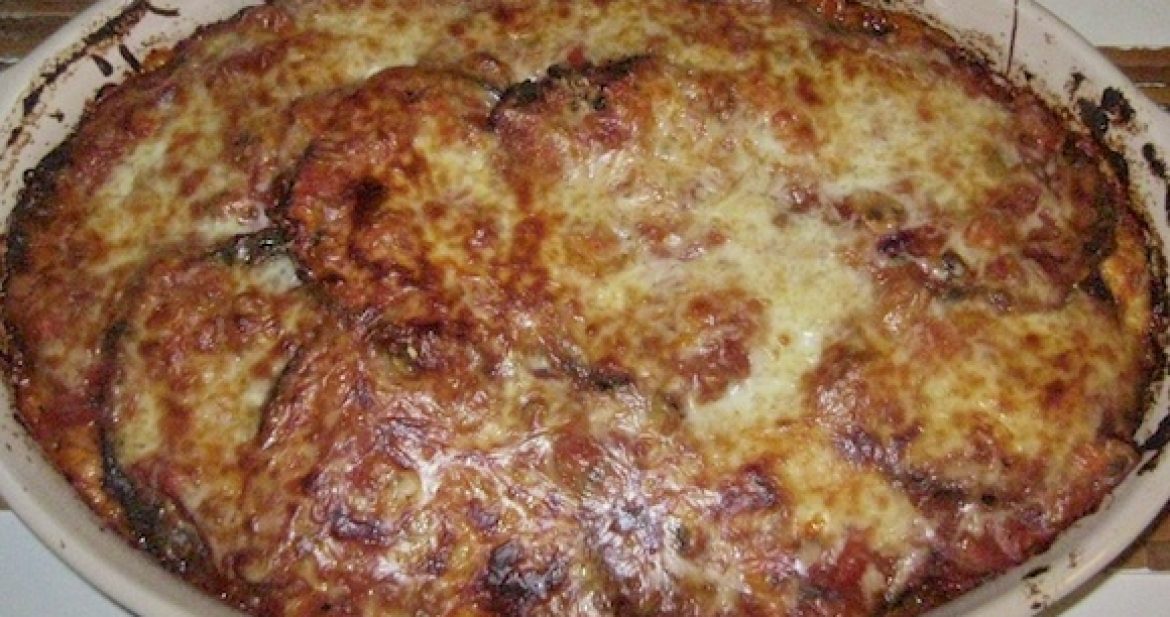 I LOVE Eggplant Parmesan.  One of the benefits of growing up in Northeast PA is that there are a ton of great Italian restaurants (and also a lot of great home cooks!), so I would eat Eggplant Parmesan pretty regularly.  Going gluten-free certainly put a damper on that though, so now I am forced to make my own when I get the craving.

It is a little bit time consuming, since the eggplant has to be prepped by salting the slices, then adding a weight (I usually just use a bowl of water) on top to press them to draw some of the moisture out, but it is well worth the effort.  I have found that gluten free flour mixed with Italian herbs is a pretty decent substitute for bread crumbs, at least in this case.  Also, I bake the floured eggplant slices instead of frying them, simply because I do not enjoy frying.  However, I know some people would insist that frying is better, and if you agree, fry away!

As always, this recipe is more of a suggestion than strict instructions, and the measurements are all approximate, since I cook by sight and by taste more than by exact numbers.