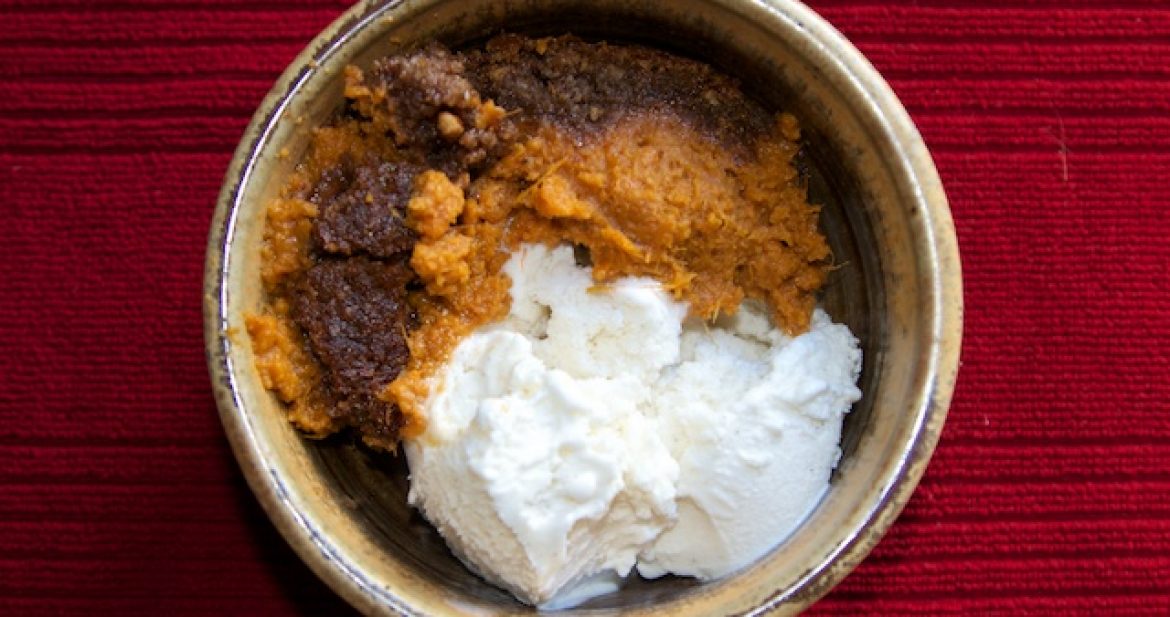 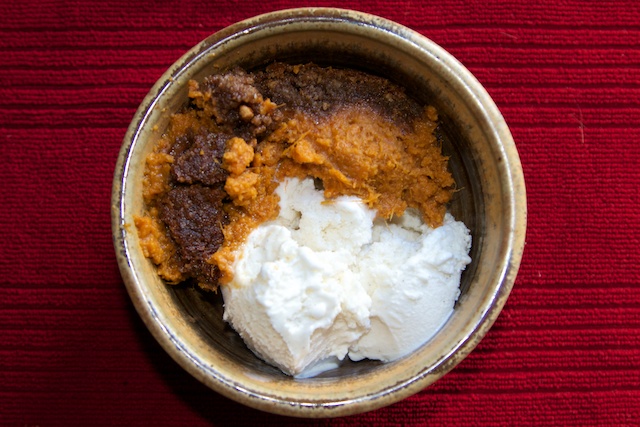 Once Thanksgiving day actually arrived, it was time to make this sweet potato casserole recipe for reals  (as opposed to making it for blog purposes.)  This was also the first time I was involved and could help/witness the creation. Of course, in the madness that is the making of Thanksgiving dinner we realized we did not have all the ingredients. Specifically we were without the sweetened condensed milk. So now it was time to improvise.

Now, normally, cooking improvisation is way too complicated for me, but I was learning through the process of making this that the “recipe” is an incredibly loose one at that. You really cannot get this wrong and everything is really an approximation. As we were actually following our own previous post in order to make this, the accidental maple syrup from that post’s picture seemed like a really good idea to try as a substitute. Why not?! So thats what we did.

From the previous post, you may also recall that the “crumble” topping turned out to be more of a doughy-layer. Turns out, that ended up being a happy accident as I would soon find out, so we went about making the topping the same way; using the coffee grinder to grind the nuts. After watching it happen its my belief that the grinder was chopping them so fine, that they were almost beginning to form a nut butter, and that extra moisture is why our crumble turned into a dough. Once this layer is baked, its cracks and crumbles apart in a very cookie like way and is pretty amazing. So I have a feeling that might stay a permanent part of how this is now made.

When it came time for me to finally taste it, it was crazy amazing. I have no idea myself how different the maple syrup made it, but I wanted to live inside this.

Now I don’t know if  it was the maple syrup addition or just some random occurrence, but as dinner was wrapping up and everyone was taking one last scoop of this, someone said “I really want to eat this with a scoop of vanilla ice cream”. I swear it was like lightening struck. In that instant we all knew that would be amazing and we had to try it… once we made some room of course. 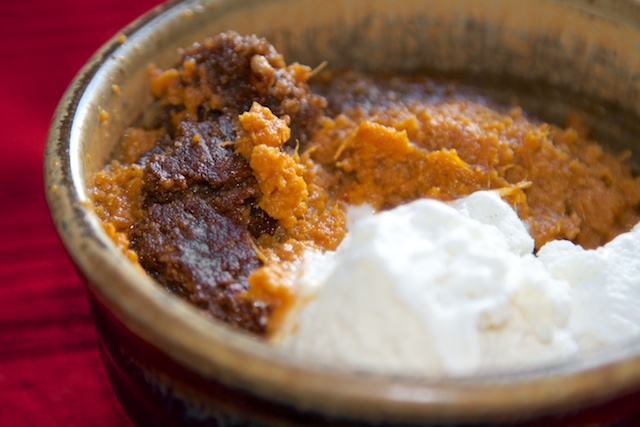 I really can’t describe how utterly magical the combination was. The sweet potato was still really warm and that, combined with the crunchy bits of topping and the cold vanilla ice cream, was pure heaven. I’m shocked I was able to keep it to one bowl’s worth.

Sometimes accidents happen for a reason people! The birth of this new dessert was definitely meant to happen. YUM!